An Interview with Playwright Eric Lockley 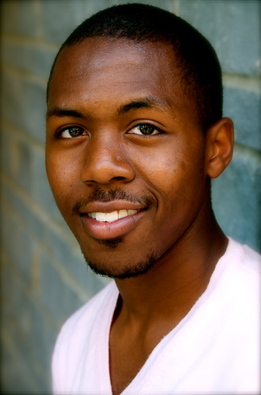 Jacqueline Lawton: Why did you decide to get into theatre? Was there someone or a particular show that inspired you?
Eric Lockley: I love magic. When I was 2 years old there was NO ONE more magical than Michael Jackson. His "theatrics" as a performer, whether through music, dance or even acting, planted the seed for me to become an artist long ago. Then also as a youngster, experiencing everything from the African storytelling of Maria Broom to Andrew Llyod Webber's Starlight Express, confirmed for me that theater was the most visceral way to connect with an audience. Only in live theater does a community of audience members get to experience that magic night after night.

JL: Next, tell me a little bit about your writing process. Do you have any writing rituals? Do you write in the same place or in different places?
EL: I'm still learning about my writing process. I feel like my ideas flow more readily when I'm outside, but being outside isn’t always possible or convenient. There are no set rituals that I have, but I can say that silence is rarely helpful for me, usually I need to be somewhere where there's a natural hum (a cafe, outside amongst nature, playing some Phillip Glass on my iPod). As I write, silence places too much of a burden on my creativity. My mind says,  "Fill the silence with your genius ideas! " And then I'm stuck debating whether or not my idea is "genius enough" (confessions of a recovering perfectionist).

JL: Describe for me all the sensations you had the first time you had one of your plays produced and you sat in the audience while it was performed...what was different about the characters you created? How much input did you have in the directing of that work?
EL: Recently my first full length play, Blacken the Bubble, received a workshop production, and with a cast of 10, that doesn't include me, it was a wonderful opportunity to experience the actors and the director, run with my vision and help me to discover new things. In terms of how I felt, I felt understood. Theater creates community first amongst the creative team and then with an audience. To have these people - audience, cast etc. laugh, cry and get upset while experiencing my play all when I hoped they would, made me feel so understood. And often as human beings, it seems like all we really want is for someone to understand us. So that was a pretty fulfilling sensation.

In terms of my input with the direction of the piece, I have been very fortunate to consistently collaborate with director, Jonathan McCrory, who was happy to allow me to have input. And I similarly requested feedback from McCrory and the actors, in terms of what was written, as I believe in theater as a true collaboration and was hopeful that their input would push me as a writer. The result of this type of working relationship was that the workshop felt so rich with life – new discoveries were constant and all involved remained vigilant throughout.

JL: What do you hope to convey in the plays that you create--what are they about? What sorts of people, situation, circumstances, do you like to write about?
EL: The complexity of blackness, the striving for perfection, the gray area between black and white and the search for heros or the lack thereof. I like to write about outcasts and I like to create stories and moments that make audiences slightly uncomfortable. Discomfort is a critical step before change. And I want audiences to walk away from my pieces changed, even if only slightly.

JL: What inspired you to write Without Trace?
EL: A short list:

JL: What advice do you have for up-and-coming playwrights?
EL: Do, first. Ask questions later. Your creativity is what people are interested in and learning the rules of writing can and will happen, but don't allow a lack of training or not studying playwriting to keep you from it. Your creativity can not wait! At the same time, never think that you are above learning - playwriting is a process and the process doesn't stop just because you completed the last line of your play. Revising, working with a dramaturg, working with your actors and director, are all part of playwriting and enrich the playwriting experience in my opinion.

JL: What next for you as a writer? Where can we follow your work?
EL: I'll be participating in the 4th Annual The Fire This Time Festival, dedicated to highlighting black playwrights. I will premiere a new short play entitled "The Sad, Secret (Sex) Life of Steve Urkel". Also I'll be continuing to submit my affirmative action comedy, Blacken the Bubble, for development and production opportunities. In Fall 2013 I’d like to begin a school tour of my solo show Asking For More, which is about a young boy’s attempt to expose his community to healthy eating habits.  To keep up with my work you can follow me on Twitter @ellisongray and also check out www.blackenthebubble.com and sign up to receive emails, as I will be keeping people from this listserv updated on all my work as a playwright. 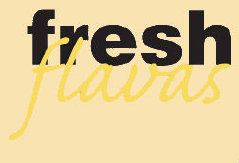 On Saturday, November 10, 2012, as part of Arena Stage's Cradle Series, African Continuum Theatre will present readings of two exciting new works as part of the Fresh Flavas Festival: Without Trace by Eric Lockley at 2:00pm and Kind of Blue by Ozzie Jones at 4:00pm. This event is free and open to the public. There is a $5 suggested donation. Click here to learn more.
Powered by