Good Ink for ​Edges of Time 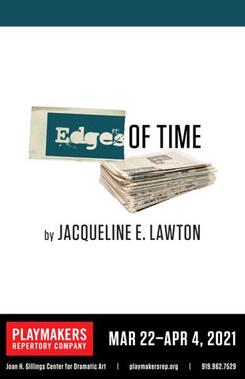 "Edges of Time by Jacqueline E. Lawton reveals the power of news media and the importance of amplifying Black voices in America." - Beltline to Broadway

"Artfully crafted, it is a look at the relationship of the Alabama bombings, the personal dynamics of Black families, the relationship between opportunity and prejudice, and the Renaissance of culture as seen through the eyes of Marvel Cooke." - Beltline to Broadway

“Go and see this brilliantly written piece by Jacqueline E. Lawton, and get the piece of Black history that is told by the Black writer.” - Chatham Life and Style 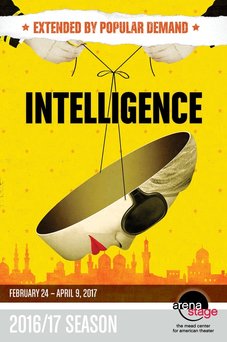 "The audience hangs on every word of Lawton’s winding, erudite script ..." Metro Weekly

"It sharply reminds its audience that the repercussions of all that erupted in Iraq continue to unfold, around dinner tables and conference rooms, on battlefields and in airports, all over America and the world." Metro Weekly

"Though the story behind the play is well known- it’s been given a new urgency thanks to Jacqueline Lawton’s taut and urgent writing." CGTN America

"... a chilling look at what it was like to be the "other" in post-9/11 America." Washington Diplomat

"The tension is palpable in this pseudo thriller-drama." Washington Diplomat

"Intelligence" rips the Band Aid off old wounds and pokes at new ones." Washington Diplomat

"More importantly, Intelligence serves as a timely reminder of the human cost of politics – a message more relevant than ever." DC Metro Theatre Arts

"Not only is Intelligence entertaining and fascinating – it’s important, too." DC Metro Theatre Arts

"A play with a shock of recognition that’s off the charts—Jacqueline E. Lawton’s penetrating Intelligence." DC Metro Theatre Arts

"Intelligence is a conscience-centered thriller set against a national tragedy on an epic scale. That this tragedy is ongoing and worsening only makes this sensational show more essential to see." DC Metro Theatre Arts

"What makes Intelligence so moving is that it creates a woman who could easily have been portrayed as a ruthless intelligence officer just doing her job. Instead, this Valerie is many things women are every day, but most importantly, in the most extraordinary situations, she remains a moral and honorable human being thoroughly dedicated to the safety of her assets and her family." Theatre Mania

“A fascinating premise for a political thriller.” MD Theatre Guide

"Intelligence is a cautionary tale ... well-timed ... tight and intense."Woman Around Town

Good Ink for the Wonderful Wizard of Oz 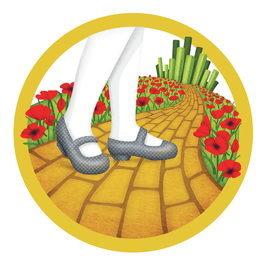 "Lawton relates the basic storylines with sincerity and attentiveness. At the same time, she finds a way to add a zinging contemporary appeal." DC Theatre Scene

"The universal truths of love, trust, and tenacity are the bedrock for the Wonderful Wizard of Oz, and Adventure Theatre MTC shares the story with magic and wonder.   The timeless tale can be seen again and again as an adventure full of life lessons to appreciate and be aware of the magic in simple moments, and to expand the sensibility — of home." DC Theatre Scene 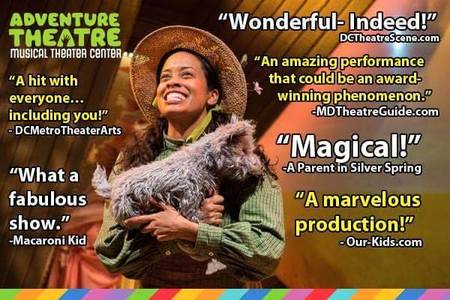 "Local playwright Jacqueline E. Lawton has taken the main story and condensed the adventure to Oz and the Emerald City without losing one bit of the whimsy or message." BWW Reviews

"We don't give ratings at Broadway World, but if I were you I would click my heels three times and wish yourself to Glen Echo Park so you won't miss a wonderful WIZARD OF OZ." BWW Reviews

'"The Wonderful Wizard of Oz is highly entertaining ... will be a hit with everyone!" DC Metro Theatre Arts

"If you are ready to take a journey to see this familiar favorite with a fun new spin, just knock your heels three times and wish your way over to Adventure Theatre for The Wonderful Wizard of Oz!" MD Theatre Guide

Good Ink for The Hampton Years 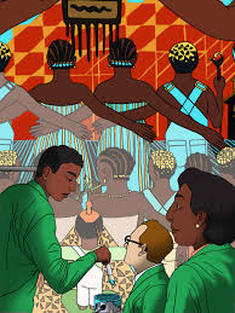 “A poignant and somewhat turbulent drama about self-discovery and artistic freedom during World War II…this exciting new work challenges the audience to view not only the characters’ stories from a different social viewpoint – but to look closely at their own lives and artistic creations as well. Well-composed, and well-executed, this is a significantly impressive production.” DC Metro Theatre Arts

“Lawton’s work is a unique exploration that confronts the audience with not only the challenges of Negro oppression, but she subtly touches on the inequality of gender in this play. The dialogue is compelling, someone is always pushing someone to do something, driven heavily by words and honest convictions laced into that text.” DC Metro Theatre Arts

“The play speaks volumes about all of these critical subject matters while still keeping the focus on the art of creation; in the faces of the audience without being offensive.” DC Metro Theatre Arts

“Theater J’s The Hampton Years is a fantastic success … a sensational and enthralling new work that should be seen.” DC Metro Theatre Arts

“Lawton’s thoughts on art and aesthetics help give The Hampton Years heft without making it pretentious." Washingtonian

“In many ways, The Hampton Years is a play about race, but what Jacqueline E. Lawton’s new work has to say about art can be just as compelling.” Washingtonian

“The drama, based on real people … shows off the impressive research Lawton has done in constructing her account of a time of awakening for African American artists." The Washington Post

"An audience emerges after two hours in the Goldman Theater at the DC Jewish Community Center agreeably enlightened about efforts at Hampton — today known as Hampton University — to fortify young black men and women for a world resistant to their artistic goals.” The Washington Post

“The play…does fill you with admiration for the pioneering efforts of Viktor, who both nurtured black visual artists and championed the art of Africa.” The Washington Post

“The Hampton Years” portrays art as opening eyes to the plights of the excluded.” The Washington Post

"Lawton shines a light on this captivating and challenging struggle for self-expression and truthful reflection of experience." ShowBizRadio

"The Hampton Years touches on many, many intriguing concepts and questions." ShowBizRadio

"The Hampton Years is smart and ambitious, a script full of promise." ShowBizRadio

"According to a press release from Theater J, Lawton was named one of 30 of the nation’s leading black playwrights by Arena Stage’s American Voices New Play Institute and it’s not hard to see why. On top of everything else Lawton has put into this play, she forces the audience to think. She pushes your mind out of its comfort zone."

"In the midst of it all, Lawton somehow managed to hit me with some wisdom. Well played, Lawton. Well played." Brightest Young Things

"The Hampton Years has many strengths and deserves to be seen by a wide audience." Susan Davidson, Curtainup DC

"Lawton, a prolific and celebrated African-American writer who lives and works in D.C., has written a play with substantial roles for women and actors of color." Washington City Paper

“The Hampton Years is nothing short of a triumph.” Broadway World

“The Hampton Years argues powerfully, for Art and Theatre departments alike, of the vital need for the humanities in higher education.” Broadway World

"The Hampton Years engaged deeply with the complex tensions between offering young African Americans education in self-sufficient trades or the arts, and the subtle—and not so subtle—expressions of institutional racism in the '40s art world. When theatre reflects our society and history in this powerful way, it can help us see our beauty and weakness with greater objectively, and map out roads to change." Theatre Communications Group

"[The Hampton Years] works its way into our minds and hearts." HowlRound

Good Ink for Blood-bound and Tongue-tied 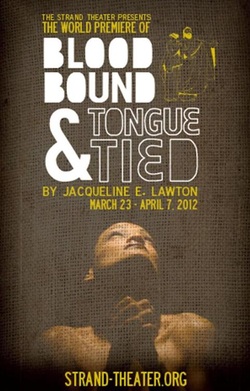 "(The Strand) is a company that takes on tough, provocative works, and Jacqueline E. Lawton’s bold and compelling play, Blood-bound and Tongue-tied, is no exception." DC Theater Scene

“In her lines, Lawton gives us moments of powerful imagery and poetry.” DC Theater Scene

“The dream sequences are in many ways the most arresting dramatically.” DC Theater Scene 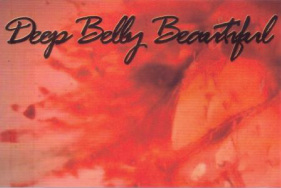 "Lawton's prolific outpouring over the last several years has been noteworthy. She has a tendency to write like a stew, with tasty ingredients chopped and swirling in a bubbly cauldron. Her moments between characters are real and intense and scalding hot. She pierces into interior emotional spaces, including ugly crevices, and displays the results for all to see. It's quite intriguing to watch the unfolding in poetic language and lyrical passages." - DC Theater Scene 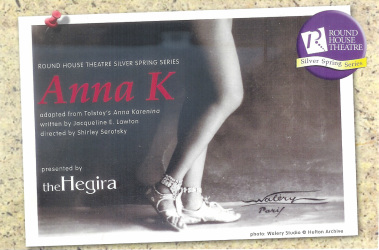 "Anna K provides a unique look at a well-worn tale. The adaptation by Jacqueline E. Lawton, set in 1920′s Paris, drops hints about pivotal social change along with elements of hedonism, early Dada artistic expressionism, and of course, the ever present tug of love and duty." - DC Theater Scene 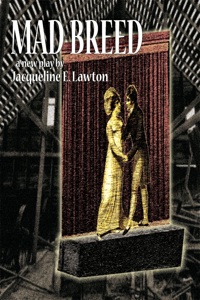 “Mad Breed exemplifies why I love theater. It did far more than hold my attention for an hour and a half: it defied my expectations, it made me laugh, and it sparked my curiosity about an interesting subject straight out of history.” - DC Theater Scene

"a comic and curious glimpse into the eccentric, language-loving world of the Booths" MD Gazette

‘Mad Breed” is a veritable education-sprinkled play with fascinating details from Maryland’s antebellum history and racial past." MD Gazette
Powered by