The work around Diversity, Inclusion, and Equity in the American Theatre is challenging, important and necessary. It requires careful thought, deep engagement, and a longstanding commitment. While it may seem impossible to get certain conversations started or build actions steps towards progress, it doesn't have to be. I can help you. Together, we can work to address issues of race and gender disparity in your organization and community. I invite you to read through some of the testimonials I've received over the years. I look forward to working with you. 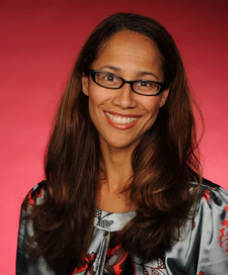 I’ve said it many times before—and thrilled to have a chance to say it again here:  without question, Jacqueline Lawton is one of the hardest working playwrights/teachers/dramaturgs/cultural critics that I know.  I’ve worked with Jacqueline in several capacities now, and she never ceases to impress me with her dedication, passion, and due diligence.  I’ve served as her dramaturg, and throughout the significant workshopping process I remained awed by how prolific she was—she never tired, always striving to make things better and better. I’ve invited Jacqueline to be a guest lecturer for my university courses, and whenever she has blessed my classes with her presence, my students rave about how invigorating it is to learn and dialogue with someone with such a wide range of pertinent theatre experiences.  I’ve also had the honor and pleasure of sitting with Jacqueline on a numberof artistic and scholarly panels.  I can say in all honesty that each time we’ve shared these experiences, I have found myself madly scribbling the words she speaks—rich insight that always helps complicate and propel my own imaginings and critical ruminations.  This is all to say:  Jacqueline has that wonderful combination of talented artistry, socio-political insight, and focused energy and I feel so lucky to have worked with her and to have her as a colleague. 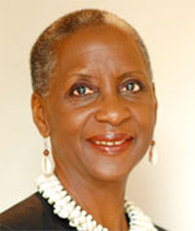 "I have had the pleasure of interviewing Jacqueline Lawton when she participated as a panelist on the UDC Forum cable television program that I host. She was recommended by another faculty member who spoke highly of her creative talents and her intentional use of historical actors as characters in her plays. The panel, Black Women Playwrights Forum discussed the challenges and rewards of being a Black woman playwright. She spoke passionately on the subject and her love of her craft was obvious. We were together for another panel Black Women Playwrights Theater Symposium at Howard University where she served in the dual role of moderator and presenter. She showed a talent for asking questions and leading discussions that produced a wonderfully controversial and well-grounded scholarly conversation with a panel of writers, playwrights and educators. My interaction with Jacqueline Lawton confirms that she is a playwright who has the skill and scholarship to produce works of “edutainment” that are creative as well as historical accurate. As a public and oral historian I admire her ability to produce vehicles that balance both of these elements. I look forward to working with her on future endeavors."

Dr. Sandra Jowers, Assistant Professor and History Program Coordinator at the University of the District of Columbia 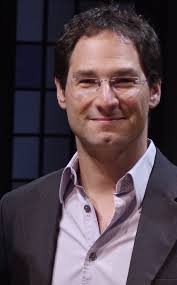 "During my tenure as Executive Director of the National New Play Network, I was called upon frequently to serve on panels about new plays… and my favorite panels were the ones when I found myself sitting next to the gorgeous, talented, smart and charismatic Jacqueline Lawton.  So it's no wonder I've put her on a few panels of my own.  Thanks to her diverse background and varied experiences in the field, Jacqueline offers fresh and engaging perspectives on so many topics.  And though she can dig into a controversial theme with the best of them, she manages to stay open-minded and never resorts to doctrinaire posturing.  I suspect that's due to her innate generosity of spirit - that generosity makes her a talented playwright and an engaging discussant.  That's why I asked her to be part of a panel with Australian playwrights comparing our new-play cultures.  She's so naturally interested in her colleagues and their thought processes that audiences gain more from conversations with her than without." 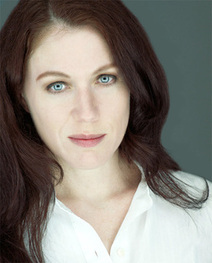 "Having known Jacqueline for so long and listening to her thoughtful and informed views on theatre, it was easy to think of her as a natural moderator.  The great benefit in working with Jacqueline is that you reap the benefit of her immense knowledge coupled with the joy of being in her company. Her level of knowledge and ability to deftly converse and interact with not just individuals, but large audiences put her at the top of my list of theatre practitioners to work with. Jacqueline moderated The HUB Theatre's PLAY FEST - Gender Parity in American Theatre. She provided an exuberant and lively tone to a discussion that can easily become combative.  She was able to guide the  panelists and audience into a conversation that was about listening to each other and discovering the importance of everyone's opinions.  She kept us on topic and regularly helped the people in the room stay focused on the subject matter. It is no small task to charm panelists from all walks and an audience filled with strong opinions.  Everyone involved in our panel walked away feeling they had been heard and respected.  There was also a shared sense that a conversation had begun, and the tone was set to be able to continue it in a purposeful way."

Helen Pafumi, Artistic Director and Co-founder of The Hub Theatre 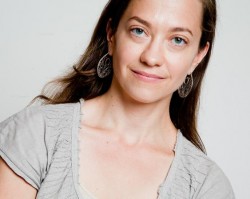 "We’ve had the pleasure of working with Jacqueline in different contexts over the years—as a playwright, as an active member of the thriving theatrical community that surrounds us, and as a thinker and respondent participating in several panel discussions. Theater J has become a regional center for works—many of them premieres-- noted for their ability to provoke discussion. These discussions take place in many forums, including an extensive series of panels and talkbacks. When Jacqueline has been a member of one of these panels (on topics ranging from the Adaptation of Classic Works for Modern Day Audiences to A Look at Mamet’s Treatment of Women on Stage) we have consistently been impressed with her level of preparation, her charisma, and her ability to communicate clearly and openly with other panelists and audiences—even (especially!) when they have opinions or viewpoints that differ from her own.  She is astutely aware of the world around her, well-read in every respect, and seems to truly enjoy the parsing of ideas and opinions that comes with a deep and meaningful examination of complex, and often controversial, topics."