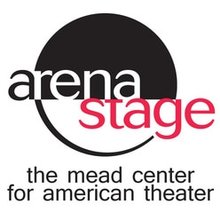 Jacqueline E. Lawton’s new political thriller Intelligence makes its world premiere at Arena Stage at the Mead Center for American Theater. Under the direction of Daniella Topol (Round House’s Ironbound), Intelligence explores the cost of deception and the consequences of speaking truth to power. Due to popular demand, the production has been extended for one week with eight additional performances and will run February 24-April 9, 2017 in the Arlene and Robert Kogod Cradle.

Intelligence is a fictionalized account of a covert operative who, tasked with protecting the national security of the United States post-9/11, is racing to find weapons of mass destruction in Iraq. With her country at war, her cover is blown and the lives of her assets are put in jeopardy. Inspired by true events, Intelligence follows one woman's journey to serve her country, protect her family and fight for the truth and justice.

“What excites me most about Jacqueline Lawton’s new play and Arena’s new Power Plays initiative is that we will explore politics from 1776 to the present day,” shares Artistic Director Molly Smith. “This story of truth and lies amidst great political pressure in 2003 provides a fascinating look at what it means to be an American.”

Intelligence is the third commission to debut as part of Arena Stage’s Power Plays, an ambitious initiative commissioning and developing 25 new plays and musicals from 25 writers over the course of the next 10 years. With Power Plays, Arena Stage focuses Washington, D.C.’s unique theatrical voice on politics and power, amplifying the theater’s role as a national center dedicated to American voices and artists, located in the heart of the nation’s capital. The massive undertaking features one story per decade, beginning with 1776 through today, and builds on the tremendous success of two previous Arena Stage commissions and Power Plays—John Strand’s The Originalist and Lawrence Wright’s Camp David.

For additional details on Power Plays visit arenastage.org/artistic-development/new-play-institute/powerplays/.
“I'm honored that Intelligence will receive a world premiere as part of the Power Plays initiative,” says Lawton. “Writing this play has forced me to process the betrayal I felt when the Bush Administration told a series of lies that led to the war in Iraq. This historical fiction is as much a political thriller as it is a clarion call for citizens to hold their leaders accountable. Never before has this message been more urgent than right now, and there is no better place for this play to be presented than at Arena Stage, in the heart of the nation's capital.”

“I am thrilled to direct Intelligence, a fast-paced and emotionally-charged political drama that captures the complexity of one woman's journey to serve her country and her family in uncertain times,” adds Topol. “Arena, with its steadfast commitment to launching political plays of resonance, is the ideal theater to launch this vital and relevant new play. And I am honored to work with such an excellent cast and creative team who will create an innovative and ambitious production.”
​
The real, living people depicted in Intelligence (specifically Valerie Plame and Joseph Wilson) did not authorize the writing of this play, nor did they participate in or otherwise give consent or approval of this production. Certain dramatic elements have been added to the documented facts. 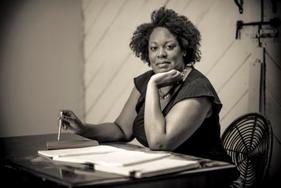 JACQUELINE E. LAWTON was named one of 30 of the nation's leading black playwrights by Arena Stage’s American Voices New Play Institute. Her plays include: Anna K; Blood-bound and Tongue-tied; Deep Belly Beautiful; The Devil’s Sweet Water; The Hampton Years; Intelligence; Love Brothers Serenade (2013 semi-finalist for the Eugene O’Neill Theater Center’s National Playwrights Conference); Mad Breed; and Noms de Guerre. Ms. Lawton received her MFA in Playwriting from the University of Texas at Austin, where she was a James A. Michener Fellow. She is a 2012 TCG Young Leaders of Color award recipient and a National New Play Network (NNPN) Playwright Alum as well as a member of Arena Stage's Playwrights' Arena and Center Stage’s Playwrights Collective. Currently, she is an Assistant Professor in the Department of Dramatic Art at the University of North Carolina-Chapel Hill and serves as production dramaturg for PlayMakers Repertory Company. She is also a proud member of the Dramatist Guild of America.