D.C. based playwrights Randy Baker and Jacqueline E. Lawton are among the finalists. Baker and Lawton are members of Arena Stage's Playwrights Arena, Theater J's Locally Grown Festival, the Dramatist Guild of America and alumni of the National New Play Network.

The 25 finalists were selected after being evaluated by a team of over 75 readers and Source Festival producers, led by Source Festival Artistic Director and CulturalDC Director of Performing Arts Jenny McConnell Frederick. The Festival will also feature 18 Ten-Minute Plays and three Artistic Blind Dates. The three selected Full-Length scripts will be announced in December.

A full list of the plays including playwright bios is available here. 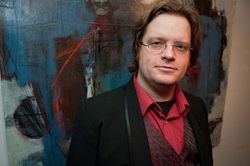 Wild42hold, by Randy Baker
On the edge of a broken city in an empty lot littered with gravel and glass, detective Dani Rodriguez comes to investigate the murder of a girl who died at last night's rave. Rising above the lot is a large and mysterious concrete structure with thick sturdy supports, a roof of broken concrete and no indication as to what it ever was. Students call it “The Gate” and they come here to dance.

Playwright Bio
Randy Baker is a playwright, director and the coartistic director of Rorschach Theatre (rorschachtheatre.com). Plays he has written have been produced and developed at Rorschach Theatre, Source Theatre, The National New Play Network, Inkwell Theatre, Theater J, Wordsmyth Theater and MTWorks among others. He was recently chosen to be a member of The Playwright’s Arena, a part of Arena Stage’s American Voices New Play Institute and he is developing a play as a part of Theater J's "Locally Grown" series. As a director, he has directed at Rorschach Theatre, Source Theatre, Inkwell Theatre, First Draft, NCDA’s Actors Repertory Theatre, Imagination Stage’s Conservatory, Wayward Theatre, Cherry Red Productions and Young Playwrights’ Theater, among others. He is faculty at American University and at the National Conservatory for Dramatic Arts. He received his MFA from Goddard College. randybakerdc.wordpress.com 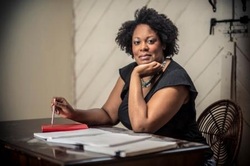 Love Brothers Serenade, a hiphop infused drama, follows Reynaldo and Ricardo as they struggle for survival and fight to forge their own identities in DC's inner city ghettos. As these young men come of age, they find comfort, security, and family in the street gangs, drug deals, and violence that surrounds them. Adapted from Giuseppe Verdi's Un Ballo in Maschera, this play investigates the honor code, loyalty, and rites of passage at the heart of this volatile community. Love Brothers Serenade reveals that the bond of brotherhood has just as much strength to destroy as it does to unite.

About the Source Festival

Source Festival combines the forces of rising talents with established artists. Driven by creativity, collaboration and invention, artists from across the nation present 25 new works--three Full-Length Plays, 18 10-Minute Plays and three Artistic Blind Dates--over three weeks in June. The relationships built here lay the path for the next generation of outstanding performing artists.

Now in its 7th year, Source Festival has built a reputation as a vital launching pad for new work and a proving ground for the city's directors and designers. Emily Schwend's play Splinters, which premiered at the 2010 Source Festival, was selected as one of six finalists for the American Theatre Critics Association 2011 Steinberg Award. Collapsing Silence, an Artistic Blind Date that debuted at the 2011 Festival, inspired the launch of Washington's new interdisciplinary arts organization Force/Collision. In 2011, the Festival deepened its engagement with playwrights by inaugurating a script development weekend. The annual three-day workshop unites playwrights, dramaturges, actors and designers to further develop the three full-length plays featured each summer. In 2012, Source Festival launched a mentorship program wherein seasoned directors mentor early and mid-career 10-Minute Play directors. The 2013 Festival pioneered an undergraduate internship program for aspiring designers and producers. 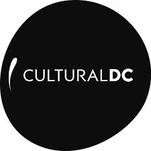 CulturalDC makes space for art. Each year CulturalDC serves over 1,000 artists and arts groups and 30,000 audience members through the activation of art space and presentation of contemporary visual and performing arts at our two spaces, Flashpoint and Source, and in nontraditional venues across the city. Through our programs and services we work with artists, arts organizations and real estate developers to build the creative infrastructure that fuels the arts and builds community in Washington, DC.
Powered by