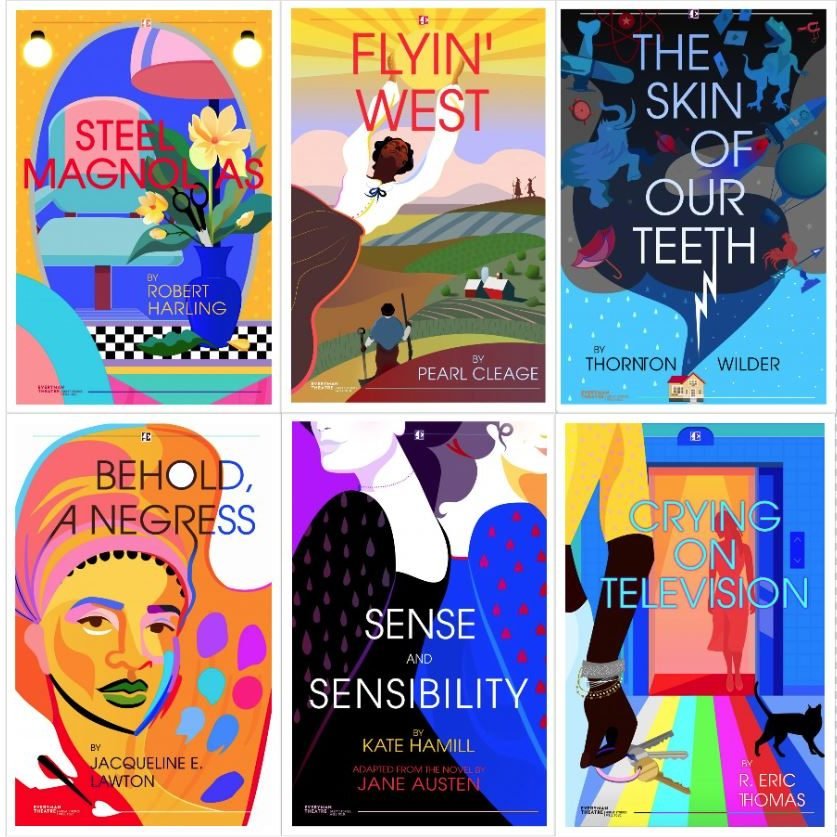 Everyman Theatre will resume hosting live performances on Aug. 11 after more than a year-long hiatus. “We’ve been dreaming of our return to live theatre for 15 months, and the pride we feel in getting here is greater than we could have imagined,” Managing Director Marissa LaRose said in a statement. “After spending a year like no other, pivoting both our season and our education programs to a virtual platform, we are so very ready to welcome the community back in person.”


The 31st season will kick off with a production of Steel Magnolias by American writer Robert Harling, which will run from Aug. 11 to Sept. 5. Based on Harling’s experience with his sister’s death, the play is a comedy-drama that celebrates female friendship through the story of six women living in Louisiana.
The play originally opened with an all-female cast in 1987 at the WPA Theatre in New York City. Everyman’s rendition will be directed by award-winning director Casey Stangl. Tickets for the live performance will go on sale Monday, July 12. It will also begin streaming into homes on Aug. 23 for $30 per household.


Flyin’ West by Pearl Cleage will run from Oct. 5-31, directed by Baltimore native and Everyman Associate Artistic Director Paige Hernandez. Set in 1898, the play tells the story of four Black pioneers working their own land and building new lives following the end of the Civil War. The play explores themes of determination, racism, feminism, pride, and freedom.


From Dec. 7 to Jan. 2, Everyman will host Pulitzer-Prize-winner The Skin of Our Teeth by Thornton Wilder. The comedy-drama, which first opened in 1942, is a three-part allegory about the life of mankind. It follows the Antrobus family of Excelsior, New Jersey through a series of epic disasters. The play, which has been noted as breaking many established conventions of theatre, will be directed by Everyman Associate Artistic Director Noah Himmelstein.


Behold, A Negress by Jacqueline E. Lawton will run from Feb. 1-27. The play is set in post-revolutionary Paris and focuses on the relationship between painter Marie-Guillemine Benoist and her muse, Madeleine, a formerly enslaved Black woman. It’s a look into the challenges of intersectional feminism and the role of art during social unrest and political upheaval.


Sense and Sensibility, adapted by Kate Hamill, will run from April 5 to May 1. The play is an adaptation of Jane Austen’s beloved novel following the Dashwood sisters, Elinor and Marianne, after their father’s sudden death leaves them penniless.


Finishing up the 2021-2022 season is Crying On Television by Baltimore-based writer R. Eric Thomas. The World Premiere comedy will run from May 31 to June 26. The play is a platonic rom-com about four strangers in an apartment building and explores the formation of friendships as adults and the concept of loving TV characters like real friends. Everyman Theatre received a $25,000 grant from the National Endowment for the Arts to support the development of the play.


“These six plays feel like the perfect antidote and response to the past year,” Founder and Artistic Director Vincent M. Lancisi said. “They were chosen for theatre lovers to welcome us all back to celebrate great plays live and in person again. There are comedies both classic and new, dramas from different ages, and the voices are diverse in many respects. A theme emerged among the plays, of looking at history through a fresh lens. We can’t wait to see you audiences in our lobbies and in their seats, as the curtain rises on a new story to experience together once again.”


The theatre’s department of Education and Community Engagement is also offering seasonal classes and opportunities for all ages, including live events, in-person and digital content, and programs for the whole family. This summer they are hosting virtual drama classes for students from preschool through high school.


“This past year has taken us on a long and bumpy road and I am grateful for the tenacity and dedication of our staff and Board in navigating the challenges,” LaRose said. “This year has challenged us in many ways, and has made a stronger Everyman – we are ready to throw open the doors!”


The Hippodrome Theatre is also preparing to welcome back audiences this fall. Their current 8-show schedule kicks off with Tootsie, which will run from November 30 to December 5. The season will also include The Prom, Dear Evan Hansen, Pretty Woman, Ain’t Too Proud, Hairspray, Mean Girls, and Hamilton. Season subscriptions are available on their website starting at $302. Click here to learn more.
Powered by