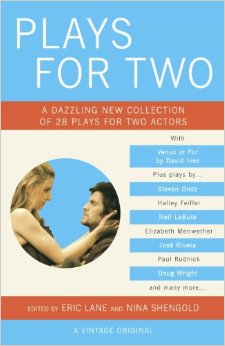 Finals, Touchdowns, and Barrel Kicks by Jacqueline E. Lawton has been published in PLAYS FOR TWO, an anthology edited by Eric Lang and Nina Shengold, published by Vintage Books (Random House). Plays for Two is a unique anthology of twenty-eight terrific plays for two actors, by a mix of celebrated playwrights and cutting-edge new voices.

It takes two to tango—or to perform a duet, fight a duel, or play ping-pong. The two-character play is dramatic confrontation stripped to its essence. These four full-length and twenty-four short plays feature pairs of every sort—strangers, rivals, parents and children, siblings, co-workers, friends, and lovers—swooning or sparring, meeting cute or parting ways. In a dizzying range of moods and styles, these two-handers offer the kind of meaty, challenging roles actors love, while providing readers and audiences with the pleasures of watching the complex give-and-take dynamics of two keenly matched characters.

Plays for Two is scheduled to be released in March of 2014. Click here to preorder your copy. 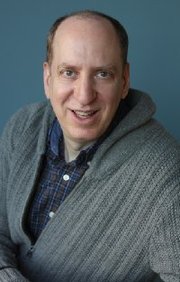 Eric Lane's award-winning plays have been published and performed in the U.S., Canada, Europe and China. Plays include RIDE (Dramatists Play Service), TIMES OF WAR (Dramatic Publishing), HEART OF THE CITY and DANCING ON CHECKERS' GRAVE (Playscripts). In addition, his plays are published by the Foreign Language Press (in English and Chinese) and  Applause Books' Best American Short Plays.

With Nina Shengold, Eric has edited thirteen contemporary play anthologies for Viking Penguin and Vintage Books. Honors include a Writer's Guild Award, the La MaMa Playwright Award, and the Berrilla Kerr Playwriting Award. Fellowships include Yaddo, VCCA, and St. James Cavalier in Malta. Eric wrote and produced the award-winning short films "First Breath" and "Cater-Waiter," which he also directed. He is an honors graduate of Brown University. His new play FILMING O'KEEFFE, a commission for the Adirondack Theatre Festival, is scheduled to workshop in the summer 2012, and will premiere in 2013. www.ericlanewrites.com 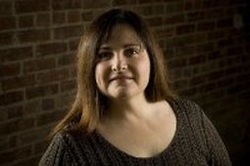 With Eric Lane, Nina has edited 13 theatre anthologies for Vintage Books and Viking Penguin. Her plays include HOMESTEADERS, FINGER FOODS Foods, ROMEO/JULIET, and WAR AT HOME: STUDENTS RESPOND TO 9/11, written with Nicole Quinn and 40 students. www.playscripts.com 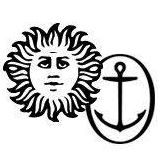