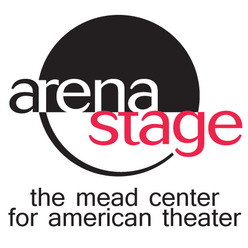 ​Arena Stage just announced an exciting, starry 2016/17 season, which will showcase the theater's mission of American voices and artists. Spurred by its role as one of the seven originating theaters of D.C.'s Women's Voices Theater Festival, Arena Stage has embraced a commitment to inclusion with a season featuring seven titles by women, six playwrights of color and five female directors. This powerful season includes the world premiere of Jacqueline E. Lawton’s new play, Intelligence, a political thriller about the event leading to the war in Iraq.

On assembling the lineup Smith shares, "Arena has such a smart and diverse audience, so it is always a challenge to ensure everyone is energized. This season we leaned into that challenge and are welcoming a host of extremely talented artists both returning and new. This season is a celebration of Arena's broad shoulders, from our Lillian Hellman Festival, a Lorraine Hansberry classic and the gold-standard musical to world-premiere political dramas, a comedy and a new musical. The Mead Center was designed to have these different audiences unite in our flowing lobby, and I'm eager to experience this throughout our dynamic season."

The season kicks off in July with the original world-premiere musical Born for This­: The BeBe Winans Story by six-time Grammy Award winner BeBe Winans and veteran Arena Stage playwright/director Charles Randolph-Wright. Featuring new music by BeBe, the musical chronicles the early days of his career with sister CeCe and will star their niece and nephew, siblings Deborah Joy Winans and Juan Winans. The season's other powerhouse musical features the return of the thrilling partnership between Smith, Choreographer Parker Esse and Music Director Paul Sportelli to mount Rodgers and Hammerstein's beloved Carousel starring Arena favorites Nicholas Rodriguez and E. Faye Butler.

In Arena Stage's tradition of showcasing the work of American Giants in the theater (following festivals for Arthur Miller, Edward Albee and Eugene O'Neill), the Lillian Hellman Festival will be comprised of two full productions, The Little Foxes starring Emmy Award winner Marg Helgenberger (CSI: Crime Scene Investigation) and Watch on the Rhine featuring Broadway veteran, four-time Academy Award nominee and Golden Globe Award winner Marsha Mason (The Goodbye Girl), as well as staged readings, film screenings, panel discussions and more during the year to explore the works of one of America's most daring, polarizing and memorable writers.

Two other quintessential American stories complete the season: Lookingglass Theatre Company's production of Moby Dick adapted and directed by David Catlin in association with The Actors Gymnasium and-for the first time in Arena Stage's history -- Lorraine Hansberry's A Raisin in the Sun under the direction of longtime Arena Stage veteran Tazewell Thompson.

JACQUELINE E. LAWTON was named one of 30 of the nation's leading black playwrights by Arena Stage’s American Voices New Play Institute. Her plays include: Anna K; Blood-bound and Tongue-tied; Deep Belly Beautiful; The Devil’s Sweet Water; The Hampton Years; Intelligence; Love Brothers Serenade (2013 semi-finalist for the Eugene O’Neill Theater Center’s National Playwrights Conference); Mad Breed; and Noms de Guerre. Ms. Lawton received her MFA in Playwriting from the University of Texas at Austin, where she was a James A. Michener Fellow. She is a 2012 TCG Young Leaders of Color award recipient and a National New Play Network (NNPN) Playwright Alum as well as a member of Arena Stage's Playwrights' Arena and Center Stage’s Playwrights Collective. Currently, she is an Assistant Professor in the Department of Dramatic Art at the University of North Carolina-Chapel Hill and serves as production dramaturg for PlayMakers Repertory Company. She is also a proud member of the Dramatist Guild of America.
Powered by