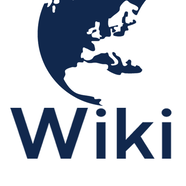 Playwright Jacqueline E. Lawton, author of Among These Wild Things, The Hampton Years and Intelligence, has been included in a video wiki “Seven Talented Contemporary Playwrights,” by Ezvid Wiki. "Live theatre has been around since the days of Ancient Greece, and has changed a lot through the centuries. But one thing that has remained consistent is the need for talented writers to create scripts that capture the issues of the times, allow audiences to see things from a new perspective, and entertain people young and old. The seven playwrights listed here have created works that touch on a variety of important topics, from gender to race to sexuality." The seven featured writers include are: Jacqueline E. Lawton, Jen Silverman, Gwydion Suilebhan,  D.W. Gregory, Matthew Paul Olmos, Madhuri Shekar, and Anne Garcia-Romero. Click here to view this video and/or read the transcript.
​
Lawton is cited for her work as an advocate for Access, Equity, Diversity, and Inclusion in the Americna Theatre and for several of her plays including,  Among These Wild Things; Behold, A Negress; Blood-bound and Tongue-tied ; and The Devil's Sweet Water.

“It’s humbling and quite exciting to be included on this list of playwrights,” Lawton said. “I'm thrilled to see the diversity of playwrights who were included, both in terms of race, ethnicity, and gender, but also in writing styles. These are truly powerful storytellers with bold and unique voices. I've long admired the work of many of these writers included here and consider both Garcia-Romero and Gregory to be dear friends, so to be listed with them is truly an honor."

About Ezvid Wiki
Established in 2011, Ezvid Wiki has grown from a small user-generated forum into the largest and most comprehensive video wiki on the planet, providing useful, unbiased information and actionable guidance to hundreds of millions of people around the world, in thousands of knowledge categories. Ezvid Wiki is one of the world's leading non-fiction websites and recieves hundreds of thousands of visitors per day. Ezvid Wiki is powered by Ezvid Inc.'s proprietary video technology, which has been under constant development since 2009.

​JACQUELINE E. LAWTON was named one of 30 of the nation's leading black playwrights by Arena Stage’s American Voices New Play Institute. Her plays include: Among These Wild Things; Anna K;  Behold, A Negress; Blackbirds; Blood-bound and Tongue-tied; Deep Belly Beautiful; The Devil’s Sweet Water; Freedom Hill; The Hampton Years; Intelligence, The Inferior Sex; Love Brothers Serenade; Mad Breed; Noms de Guerre; and So Goes We. Ms. Lawton received her MFA in Playwriting from the University of Texas at Austin, where she was a James A. Michener Fellow. She is a 2012 TCG Young Leaders of Color award recipient, National New Play Network (NNPN) Playwright Alum, and member of Arena Stage's Playwrights' Arena. She is also a proud member of the Dramatist Guild of America and is the Regional Representative of North Carolina.