WASHINGTON, DC - The NATIONAL NEW PLAY NETWORK (NNPN), the country’s alliance of non-profit theaters that champions the development, production, and continued life of new plays, proudly announces the commission of four podcast plays by DC-based playwrights, to be presented during its 2012 National Showcase of New Plays. Short works by Paige Hernandez, Jacqueline E. Lawton, Stephen Spotswood and Gwydion Suilebhan will be recorded onto iPod Shuffles and depart the Woolly Mammoth lobby in four directions – respectively, North, West, South and East – at all hours during the Showcase, November 29 – December 2.

“When Washington was awarded the 2012 Showcase, we committed to shining a light on DC’s dynamic playwriting community,” says Executive Director Jason Loewith. “Who better to introduce visiting artists to the Nation’s Capital than these four extraordinary and extraordinarily diverse DC writers?”

The four commissioned podcast plays are the centerpiece of NNPN’s ongoing initiative to introduce local voices to new-play practitioners from all over the country. Additional DC-specific programs during the Showcase include a mixer with metro-area literary managers and dramaturgs, and a Playwrights’ Reception hosted by Woolly Mammoth Artistic Director Howard Shalwitz and Board Member Pete Miller on Friday, November 30. All these programs are generously supported by local new-play champions Susan and Dixon Butler, Louis and Bonnie Cohen, and Pete Miller and Sarah Cormeny.

ABOUT THE COMMISSIONED PLAYWRIGHTS 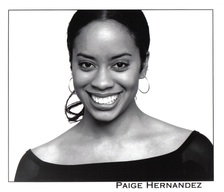 PAIGE HERNANDEZ is a multifaceted artist, who is known for her innovative fusion of poetry, hip hop and education. She has performed on many stages throughout the country including Arena Stage, Folger Theatre, The Kennedy Center, Manship Theatre, Cleveland Playhouse and many others. The Huffington Post recently named her a “classroom hero” for her arts integration in to any curriculum. With her company B-FLY ENTERTAINMENT, Paige has toured her original shows Havana Hop and Paige in Full: A B-girl’s Visual Mixtape throughout the country. She also is the playwright of two new works, Liner Notes and The Nayika Project. Website: www.paigehernandez.com. 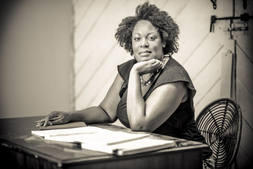 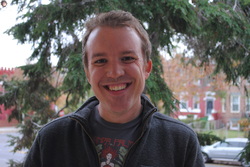 STEVE SPOTSWOOD received his MFA in Playwriting from Catholic University in 2009. He is the winner of the 2007 Paula Vogel Award, the 2009 Mark Twain Award for Comic Playwriting and the 2010 Christopher Brian Wolk Award. Previously produced works include: We Tiresias (Best Drama, 2012 Capital Fringe); When the Stars Go Out (Bright Alchemy); Sisters of Ellery Hollow; The Resurrectionist King (Active Cultures); Off A Broken Road (Imagination Stage); A Cre@tion Story for Naomi (Bright Alchemy); Born Normal and Gilgamesh, who saw the deep. He is a member of the Forum Theatre artist ensemble, an artistic associate with Pinky Swear Productions, and a co-founder of Bright Alchemy Theatre. He lives in Washington, D.C. with his wife, author Jessica Spotswood. Website: www.playwrightsteve.com 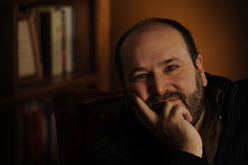 ABOUT THE NATIONAL SHOWCASE OF NEW PLAYS

The National Showcase of New Plays is a traveling new-play festival that presents the country’s best unproduced plays in staged reading format to an intimate gathering of theater professionals.  With artistic leadership from most of our 26 Core Member and 16 Associate Member Theaters in attendance, the Showcase creates a unique, invaluable opportunity for production-ready scripts to be heard by the people most willing to produce them.  In addition to NNPN theater leaders, we invite playwrights, literary managers, playwright agents, and other colleagues from around the country to network with us on behalf of the plays and playwrights presented.  The vast majority of the scripts read at the Showcase go on to professional productions within and outside the Network, many becoming NNPN Rolling World Premieres.

There is no charge to attend the Showcase, but it is by invitation only.  To request an invitation, please email NNPN General Manager Jojo Ruf at Jojo@nnpn.org.

ABOUT NNPN
The National New Play Network (NNPN) is the country’s alliance of non-profit professional theaters that champions the development, production, and continued life of new plays.  Since its founding in 1998, NNPN has commissioned eighteen playwrights, provided nearly twenty MFA graduates with paid residencies, and supported over 100 productions nationwide through its innovative Continued Life of New Plays Fund, which creates “Rolling World Premieres” of new plays. Hundreds of artists have gained employment through these efforts in the 24 regions of the country where NNPN Core Member Theaters are located. NNPN receives substantial support from the Andrew W. Mellon Foundation, the Harold and Mimi Steinberg Charitable Trust, the Shubert Foundation, and the National Endowment for the Arts.  The Network is comprised of a relatively small group of Core Members, who pioneer and implement collaborative new play strategies, and a growing group of Associate Members, who disseminate the Network's programs and strategies nationwide. Visit www.nnpn.org.
Powered by