Press Release: Jacqueline E. Lawton to serve as Dramaturg at the 2014 Humana Festival of New Plays 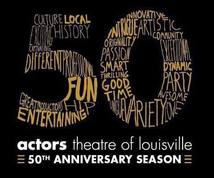 Actors Theatre of Louisville has announced the lineup for the 38th annual Humana Festival of New American Plays, running February 26–April 6, 2014. This highly acclaimed and much anticipated festival brings industry professionals, press, producers, directors and agents from across the nation to Louisville each year. Dramaturg Jacqueline E. Lawton will serve as dramaturg on Kimber Lee's new play, brownsville song (b-side for tray) under the direction of Meredith McDonough. Performances being on March 14.

About the Play
Tray is only 18 when an act of senseless violence in his Brooklyn neighborhood brings his young life to a halt, leaving his family to grapple with the weight of his absence. In brownsville song time moves in scattered rhythms, pivoting unpredictably between before and after, as Tray’s loved ones stumble through loss, find each other, and fight their way toward hope.

"I'm honored to be working on Kimber Lee's new play," said Jacqueline E. Lawton. "Kimber is an exceptional playwright with a rich, dynamic and lyrical voice. I'm also excited to be back in Louisville for the Humana Festival. The work they do each year is a powerful testament to the vibrant and diverse talent we have in this country."

“Actors Theatre continues to support the art and necessity of storytelling by providing a space for the playwright to create, innovate and thrive,” said Les Waters, Actors Theatre of Louisville’s Artistic Director. “I am proud that this year’s Festival celebrates stories that represent the breadth and diversity of the American experience, and I am honored to champion these wonderful writers as their plays are fully realized in production for the first time.”

Under the artistic leadership of Obie Award-winning director Les Waters, this year’s lineup represents the work of sixteen writers and includes two new works commissioned by Actors Theatre, as well as the much-anticipated return of acclaimed director Anne Bogart and SITI Company. Now in its 50th Anniversary Season, Actors Theatre has built an incredible legacy of supporting the long-term vitality of the American theatre. The Theatre has fully produced nearly 450 plays throughout the Humana Festival’s 38-year history, and continues to provide a vital launching pad for playwrights and new work—which has a lasting impact on the national and international stage through an impressive track record of numerous subsequent productions.

“With the generous support of the Humana Foundation, the Humana Festival has transformed Actors Theatre and the city of Louisville into a premier cultural destination,” said Jennifer Bielstein, Actors Theatre’s Managing Director. “Last year we attracted visitors from 44 states and 8 countries, in addition to welcoming more than 33,000 attendees—further evidence that strong investment and visionary community support in the future of American theatre are vital to the economic and social prosperity of a city. As we reach an important milestone in Actors Theatre’s history, we look forward to welcoming our extended network of artists, colleagues and friends to celebrate our 50th Season with us.”

Actors Theatre celebrates the 38th Humana Festival with its underwriter the Humana Foundation, the philanthropic arm of Humana, Inc. Additional support is provided by the National Endowment for the Arts and The Harold and Mimi Steinberg Charitable Trust. 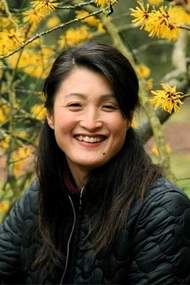 Kimber Lee (Playwright) is currently a member of the 2012-2013 Playwrights’ Workshop at the Lark Play Development Center, and the Ma-Yi Writers Lab. She is honored to be the 2013-2014 recipient of the PoNY Fellowship. Plays include fight, different words for the same thing, and brownsville song (b-side for tray), and her work has been produced and developed by Page 73 Productions (Page 2 Workshop), Hedgebrook Women Playwrights Festival, Dramatists Guild Fellows Program, Represent Playwrights Festival at ACT/Seattle, Playwrights’ Center Core Apprentice Program, Theatre of the 1st Amendment/First Light Discovery Program, Great Plains Theatre Conference (Mainstage Playwright), Southern Rep (2011 Ruby Prize Finalist Reading), and Mo`olelo Performing Arts Company (2007). Her play fight received the 2010 Holland New Voices Award. Kimber has been a Finalist for the Bay Area Playwrights’ Festival, the O’Neill National Playwrights Conference, the Ruby Prize, Seven Devils Playwrights Conference, and Premiere Stages Play Festival. She received her MFA from the University of Texas at Austin Playwriting Program and currently lives in Brooklyn. 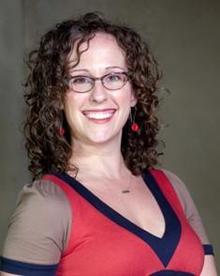 Meredith McDonough (Director) previously codirected Backstory and Heaven & Hell, as well as numerous short plays including A Bone Close to my Brain and Kuwait in the Humana Festival of New American Plays at Actors Theatre of Louisville, where she began as a directing intern, and then served as the Associate Director of the Apprentice/Intern Program for two seasons. Most recently, McDonough has been the Director of New Works at TheatreWorks in Palo Alto for the past three seasons, where she directed the world premieres of Laura Schellhardt’s Upright Grand and Auctioning the Ainsleys, as well as Now Circa Then, [title of show] and Opus (Bay Area Theatre Critics Circle Awards: Best Director and Best Production). Other San Francisco credits include A Steady Rain at Marin Theatre Company and The Lily’s Revenge at the Magic Theatre, where she will return in the fall to direct the premiere of Anna Ziegler’s An Incident. Regionally, favorites include the premieres of Fair Use (Steppenwolf Theatre Company), Eurydice (Williamstown Theatre Festival), Hazard County (Actors Express), and the Washington, D.C. premiere of the musical Summer of ’42. In New York City, McDonough has developed work with Roundabout Theatre Company, Atlantic Theatre Company, Keen Company, and Ars Nova. She has been the Associate Artistic Director of The Orchard Project, was the New Works Director for the National Alliance for Musical Theatre, a Drama League Fellow, an alum of the Women’s Project Directors Lab and a Kesselring Award Panelist. McDonough received her B.S. from Northwestern University and her M.F.A. from UCSD, where studied with Actors Theatre Artistic Director Les Waters. 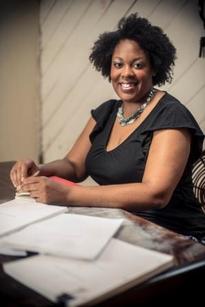 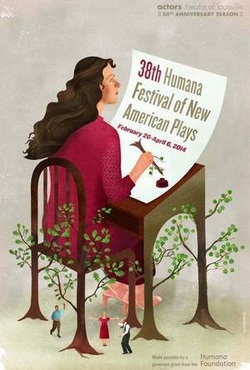 The Humana Festival is an internationally acclaimed event that has introduced nearly 450 plays into the American and international theatre’s general repertoire, including three Pulitzer Prize winners--The Gin Game by D. L. Coburn, Crimes of the Heart by Beth Henley and Dinner with Friends by Donald Margulies—as well as Charles L. Mee’s Big Love, Jane Martin’s Anton in Show Business, Rinne Groff’s The Ruby Sunrise, Theresa Rebeck’s The Scene, Gina Gionfriddo’s After Ashley and Becky Shaw, The Civilians’ This Beautiful City, UNIVERSES’ Ameriville, Rude Mechs’ The Method Gun, and Jordan Harrison’s Maple and Vine. Over 380 Humana Festival plays have been published in anthologies and individual acting editions, making Actors Theatre a visible and vital force in the development of new plays.

The Humana Festival is the premier event of its kind in the nation, drawing audiences of more than 33,000 last year. For the past 37 years, hundreds of the industry’s most distinguished leaders, producers, critics and admirers have descended upon Louisville for a month-long celebration of new writing for the stage. The Festival culminates in two industry weekends which bring together a collection of amazing new plays with one-of-a-kind panels, cocktail parties, discussions and networking events. It is the perfect opportunity to see new work, make new connections and support the creation of new American theatre.
Powered by