Press Release: Jacqueline Lawton to Co-produce Advocates for Youth's Out of Silence: Abortion Play from the 1 in 3 Campaign

The 1 in 3 Campaign is proud to announce a transformative theatrical piece that will deepen and expand our understanding of women’s experiences with abortion--Out of Silence: Abortion Stories from the 1 in 3 Campaign. The play will be co-produced by Jacqueline E. Lawton and directed by Marie Byrd Sproul.

One in three women will have an abortion in her lifetime, but for too long the culture of shame and stigma have pushed these stories to the fringes, or worse, into silence. The play will feature a series of vignettes written by a diverse set of multi-generational, female playwrights based on the over 400 stories from the 1 in 3 Campaign.

In the same vein as The Vagina Monologues, Out of Silence: Abortion Stories from the 1 in 3 Campaign will explore a wide range of situations and experiences. The play will continue the 1 in 3 Campaign’s mission to start a new conversation about abortion and move beyond the political rhetoric and divisive debate and will instead highlight the importance of abortion plays in the lives of women.

“Plays have a long history of introducing new perspectives and shifting public discourse, while providing audience with a safe space to grapple with important social issues” says Debra Hauser, President of Advocates for Youth. “We have been honored to receive these stories from women across the country. Each story is unique and brings a fresh perspective to the issue, but what is most remarkable are the commonalities that bind us. It is our hope that after seeing these plays performed, the audience will understand that women who seek abortion are our sisters, daughters, mothers, and best friends. Our voices need to be heard and we are thrilled to bring that to stage for wider audiences.”

The play is comprised of a series of short scenes, monologues and point-of-views all inspired from the stories of the 1 in 3 Campaign. The first private read-through for youth activists took place early September 2014. Creative team included co-producer Jacqueline E. Lawton and director Marie Byrd Sproul. A fully produced play will be performed for the public in a professional theater in January 2015 around the anniversary of Roe v Wade.

“It’s been an honor working on this project,” says co-producer Jacqueline E. Lawton. “I was deeply touched after reading the stories from the 1 in 3 Campaign, and I feel that Out of Silence creates room for better understanding of the complexities of people’s lives and the need to protect women’s rights.”

“Bringing this production to the stage has been an insightful experience both personally and professionally,” says director Marie Byrd Sproul. “These stories need to be heard, they need to be brought out for all of us to listen to and respect.”

About the 1 in 3 Campaign
The 1 in 3 Campaign, a project of Advocates for Youth, is a grassroots movement to start a new conversation about abortion that uses storytelling to end the stigma around abortion care in America and to ensure that abortion remains safe, legal, and affordable.http://www.1in3campaign.org/ 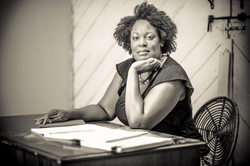