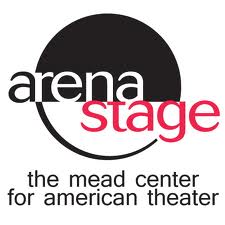 Following an open submission process, six projects have been selected for the 2013/14 Kogod Cradle Series, as part of the American Voices New Play Institute at Arena Stage at the Mead Center for American Theater (1101 Sixth St., S.W.). Focused on the development of new and emerging work by artists from throughout Greater Washington and around the country, this series of workshops, readings and performances invites artists and audiences to actively explore the development process.

The 2013/14 Kogod Cradle Series lineup includes the return of dog and pony dc, following the successful 2012 workshop of their smash hit A KILLING GAME. The interactive devised-theatermakers, who knock down the traditional fourth wall in live theater, will explore their newest project TOAST. The Series also welcomes Faction of Fools, another D.C.-based ensemble, who will put their trademark Commedia dell'Arte spin on a classic piece of theater. Arena Stage favorites Eleasha Gamble and Nicholas Rodriguez will reunite to create THE POWER OF TWO, a special new cabaret act blending their voices and inspirations under the direction of Signature Theatre Associate Artistic Director Matthew Gardiner. During two different presentations from the American Voices New Play Institute, Resident Playwright Samuel D. Hunter (THE WHALE) will share the latest draft of a play he has been working on and the inaugural members of Playwrights' Arena will introduce the plays they have created through their yearlong collaborative process. The Series concludes with a special extended presentation of LOVELAND, a new American play under development by writer/performer Ann Randolph (SQUEEZE BOX) that centers on her uncanny ability to find humor in loss and features a post-show process conversation with each audience.

Of the lineup Arena Stage Artistic Director Molly Smith shares, "The breadth of this season's Kogod Cradle Series-in terms of the projects, artists and companies-captures this program's ability to support artists and provide platforms for discovery and presentation that will be meaningful and rewarding both for the talented creators as well as for our intelligent audiences, who become an integral part of the future of these new contributions to American theater."

The selected artists will benefit from the opportunity to rehearse, workshop, perform and discuss their work in the Mead Center's intimate 200-seat Arlene and Robert Kogod Cradle, a space specifically designed to support the development of new American theater.

"In our second season we have expanded our ability to meet the needs of artists looking to create, develop and share their work with audiences in the Kogod Cradle," adds Director of Artistic Programming David Snider. "We have selected six very unique projects; all with artists who have clear visions for what they hope to gain from their time in the Mead Center. We are proud that this Series, along with the numerous new works in our mainstage season, provides for ongoing development of and public access to new work throughout the coming year."

"Being a part of Arena Stage's Playwright's Arena has been wonderful, productive and inspiring. This past Spring, we discussed our individual writer's process, engaged in self-dramaturgy and shared early scenes," playwright Jacqueline E. Lawton said. "I've spent the summer completing the first draft of NOMS DE GUERRE, a socio-political drama that addresses the war on women, the ever-changing role of women in society and the devastating impact of PTSD. I can hardly wait to workshop and share my play with audiences as part of the Kogod Cradle Series. It's such an important and exciting next step in the development process." 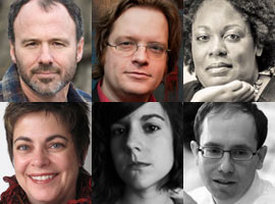 March 6-9, 2014
Norman Allen, Randy Baker, Jacqueline E. Lawton, Heather McDonald, Danielle Mohlman and Shawn Northrip-the six members of the inaugural Playwrights' Arena playwriting group will share excerpts from each of their plays and discuss their writing process during the yearlong program. Playwrights' Arena is a group of high-caliber local playwrights in residence at the Mead Center, dedicated to the support and development of each other's process and practice. All six members have worked closely with each other and Arena Stage artists and staff to advance their development as playwrights. Audiences will get a window into the work of these writers as well as the collective impact of Playwrights' Arena. For more information on the writers and Playwrights' Arena visit arenastage.org/artistic-development/new-play-institute/playwrights-arena/.

About Arena Stage
Arena Stage AT THE MEAD CENTER FOR AMERICAN THEATER is a national center dedicated to the production, presentation, development and study of American theater. Under the leadership of Artistic Director Molly Smith and Executive Producer Edgar Dobie, Arena Stage is the largest company in the country dedicated to American plays and playwrights. Arena Stage produces huge plays of all that is passionate, exuberant, profound, deep and dangerous in the American spirit, and presents diverse and ground-breaking work from some of the best artists around the country. Arena Stage is committed to commissioning and developing new plays through the American Voices New Play Institute. Now in its seventh decade, Arena Stage serves a diverse annual audience of more than 300,000. arenastage.org