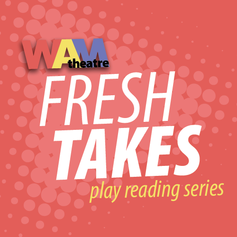 WAM Theatre is excited to announce the line-up for its second season of Fresh Takes Staged Readings at No. Six Depot Roastery and Café in West Stockbridge. Noms de Guerre by Jacqueline E. Lawton will be presented on Sunday, June 14th at 3:00pm under the direction of Tony Award nominee Jayne Atkinson.

The first series last year sold out, and whetted audience appetites for more professional readings of plays that explore the lives and experiences of women and girls. Each reading is followed by a talkback with the actors and director.

WAM Theatre Artistic Associate Molly Clancy is curating the 2015 series. “The Fresh Takes readings are very intimate in the wonderful art gallery space at No. Six Depot,” Clancy explained, “The post-show discussions are conversational, like a book club. We really want to create that dialogue with our audience and get to know them better. And we want to show what kind of theatre WAM produces, even during months when we don’t have a major production scheduled.”

All of this year’s plays were penned by living, female playwrights and include the 2012 Pulitzer Prize winner “Water by the Spoonful” by Quiara Alegría Hudes, directed by Clancy. The June reading, “Noms de Guerre,” will be part of the Lift Ev’ry Voice Festival and playwright Jacqueline E. Lawton will be in the Berkshires to participate.

Clancy has selected plays that have had successful productions elsewhere, but are new to the Berkshire audience. “These plays tell stories that are relevant, provocative, and contemporary. This is also a way for WAM to test out plays we are considering for the future, which gives our audience a ‘sneak peek’ and a chance to offer their feedback.”

There are only 25 tickets available per reading and pre-booking is strongly encouraged. Tickets are $20. Refreshments will be available for purchase at No. Six Depot Roastery and Café.

About WAM Theatre
Based in Berkshire County, Massachusetts, WAM Theatre was co-founded in 2010 by Canadian director, actor, educator, and producer Kristen van Ginhoven to create professional theatrical events for everyone, with a focus on women theatre artists and/or stories of women and girls. WAM Theatre also has a philanthropic mission, inspired by the book Half the Sky: Turning Oppression into Opportunity for Women Worldwide by Nicholas Kristof and Sheryl WuDunn, and donates a portion of the proceeds from its theatrical events to organizations that benefit women and girls. Over the past five years, WAM Theatre has donated more than $15,000 to seven nonprofit organizations and provided paid work to more than 100 theatre artists. In addition to the main stage productions and special events, WAM Theatre’s activities include a comprehensive educational outreach program and the Fresh Takes Play Reading Series. For more information, visit www.WAMTheatre.com. 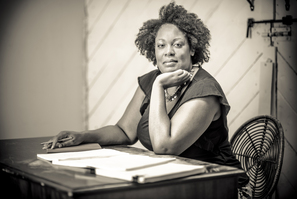 JACQUELINE E. LAWTON was named one of 30 of the nation's leading black playwrights by Arena Stage’s American Voices New Play Institute. Her plays include: Anna K; Blood-bound and Tongue-tied; Deep Belly Beautiful; The Devil’s Sweet Water; The Hampton Years; Ira Aldridge: the African Roscius; Lions of Industry, Mothers of Invention; Love Brothers Serenade (2013 semi-finalist for the Eugene O’Neill Theater Center’s National Playwrights Conference); Mad Breed; Noms de Guerre; and Our Man Beverly Snow. Ms. Lawton received her MFA in Playwriting from the University of Texas at Austin, where she was a James A. Michener Fellow. She is a 2012 TCG Young Leaders of Color award recipient and a National New Play Network (NNPN) Playwright Alum as well as a member of Arena Stage's Playwrights' Arena and Center Stage’s Playwrights Collective. She is also a proud member of the Dramatist Guild of America.