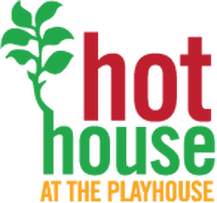 NOMS DE GUERRE by Jacqueline E. Lawton will receive a workshop and reading as part of The Pasadena Playhouse's 2014-2015 HOTHOUSE New Play Development Program. NOMS DE GUERRE will be engaged in the HOTHOUSE process from September 22 - 25, 2014. Diane Rodriguez will serve as the Director of this HOTHOUSE project.

Noms de Guerre is a haunting, lyrical and passionate story of friendship, love and politics. Mira is a rising star in the Republican Party, but her campaign against women’s reproductive rights puts her at odds with her best friend, Jude, an award-winning journalist. At home, Mira struggles to run a campaign for Governor and help her war hero husband, Douglas, adjust to civilian life. When Jude discovers that Douglas is linked to a massacre of Afghan civilians, Mira is thrown into a whirlwind of political intrigue and must decide whether to hold on to her career or save her husband.

HOTHOUSE readings are by invitation only. Click here for more information.

HOTHOUSE is the signature new play development program at The Pasadena Playhouse. Launched in 2005, the program provides playwrights and audience with a living lab where new scripts are rehearsed, read aloud, revised, rehearsed and read again. Co-creation through our consensus organizing methodology, experimentation with and exploration of text, music and movement, and artistic bravery are embraced and encouraged through our process.

Under the leadership of Associate Artistic Director Seema Sueko, starting in 2014, the HOTHOUSE reading series will be devoted to advancing plays that authentically align with The Playhouse’s commitment to diversity. We will focus on plays written by playwrights who are historically underrepresented in our field: women, playwrights of color, and playwrights with disabilities; or plays that, through content and/or casting, deliberately diversify the landscape of the theatre. As our field of nonprofit American theater struggles with issues of inclusion, access, community demand, and relevance, HOTHOUSE aims to methodically make our theatrical botanical garden grow.

Built on a tradition of innovation and excellence, The Pasadena Playhouse is committed to continue to be the premiere theatrical experience in Southern California showcasing the most exciting theatrical entertainment in the state and being an amazing forum for launching new work onto the national stage. 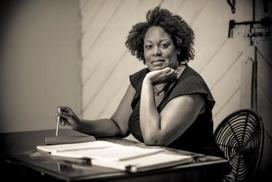 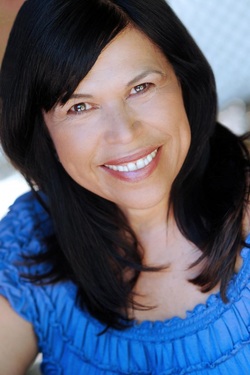 Diane Rodriguez is an Obie Award winning multi-disciplinary theatre artist. She is an accomplished actor, anthologized writer, regional theatre director and Associate Producer/Director of New Play Production at Center Theatre Group (CTG), Los Angeles. She began her career as a lead actress with the seminal ensemble, El Teatro Campesino. Recognized as one of the country's leading advocates for non-text based and ensemble driven work as well as a long time advocate of Latino playwrights and actors, Diane maintains her artistic career while being a member of the artistic staff of Center Theatre Group, which includes the Mark Taper Forum, the Ahmanson Theatre and the Kirk Douglas Theatre. Currently, under her tenure as Director of New Play Production (NPP), CTG's NPP program was awarded a one million dollar grant from the Andrew W. Mellon Foundation for the commissioning and development of seven new collaborative works from ensembles or creative collaborators. She has developed and directed the works of numerous writers including Nilo Cruz's Hortensia and the Museum of Dreams andDreams of My Father, Lynn Nottage's Fabulation at Sundance Theatre Lab, Lloyd Suh's American Hwangap at Ojai Playwrights Conference, Erik Patterson's Sick for Playwrights Arena, and Les Thomas'Cave Quest for East West Players, among many others. In 2008, for Mattel Toy Company, she wrote the book and was the supervising director for the first live Barbie musical Barbie Live/The Princess Adventures. The show premiered in Buenos Aires and will tour Brazil in 2012. She won an OBIE for Performance (Best Ensemble) in 2007 for playing 23 characters in Heather Woodbury's Tale of Two Cities. In 2012 her two plays, Living Large in a Mini Kind of Way and Pitch like a Girl will be produced in Chicago and Los Angeles, respectively. With Mark Murphy and Mark Russell she co-directed the RADAR LA Festival in 2011. She lives in the Echo Park area of Los Angeles with her long time husband, friend and advisor, Jose Delgado.
Powered by