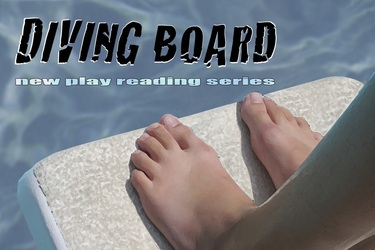 On Saturday, December 8th at 8:00pm, Active Cultures Theatre will present a staged reading of Jacqueline E. Lawton's new play, Our Man Beverly Snow as part of their annual Diving Board Festival.

Presented for four years running, Diving Board Festival is part of Active Cultures’ ongoing effort to be a truly local theatre. The festival will take place on Friday, December 7th and Saturday, December 8th and will present the work of 5 D.C. area playwrights.

“Our work is energized by the world directly around us, the world we can see and touch,” says Artistic Director Mary Resing. “With Diving Board, we want to get to know what local artists are thinking about.”

Active Cultures, an ascendant young company dedicated to creating fresh, smart work that reflects the world directly around us.

With a Parisian flare and a taste for elegance, Beverly Snow, owner of the popular Epicurean Eating House, dished out a healthy dose of wit, a decent pour of ale, and such delicacies as green turtle soup, fried oysters and West Indian jellies to Washington’s high society and political elite. All was going well for this hard-working free man of color until one fateful night in the fall of 1835. A young slave entered his owner’s bedroom wielding an ax and a surging wave of violence and destruction makes its way to the Epicurean Eating House. Suddenly, Snow finds himself embroiled in racial, political and social upheaval in this mid-19th century drama. Our Man Beverly Snow chronicles the events surrounding a race riot that cripples the nation’s capitol and sheds a light on how freedom of speech, the abolitionist movement and the determination of a people in bondage shaped the nation. 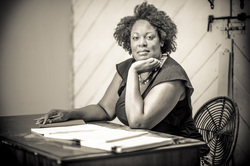 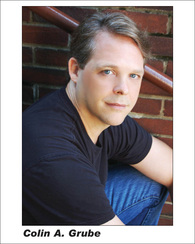 Colin Grube is an actor/director in the DC Metro area.  He has received training in Pittsburgh, PA, San Francisco, CA and Greensboro, NC.  Recent work includes acting and directing with Flying V, on camera work with Investigation Discovery and the upcoming Netflix series HOUSE OF CARDS.  In addition, he makes ends meet doing technical work throughout the region. He has worked at Adventure Theatre, Roundhouse Theatre and Olney theatre.  Most of the time, he spends with his wife and son. 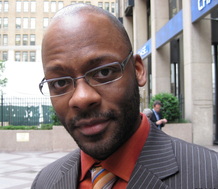 OTIS CORTEZ RAMSEY-ZOE is a Lecturer of Theatre Arts at Howard University, Future Classics Program Coordinator at The Classical Theatre of Harlem, Series Editor for NoPassport Press’s Dreaming the Americas Series, a freelance dramaturg, and a Company Member of banished? productions. He has developed new works with such organizations as The Sundance Institute, Kennedy Center, Arena Stage, Centerstage and Black Women Playwrights’ Group and by such writers as Colman Domingo, Tarell McCraney, Noah Haidle, Kirsten Greenidge and Tim Acito. He has directed readings including Jacqueline E. Lawton’s The Hampton Years and Blood-bound and Tongue-tied, James Webb’s The Contract and David Emerson Toney’s Kingdom. Previously, he was Literary Manager and First Look Coordinator at Centerstage and an Allen Lee Hughes Dramaturgy and Literary Senior Fellow at Arena Stage. Mr. Ramsey-Zöe holds degrees from New York University and the University of Notre Dame.
Powered by