"I was so excited when Dr. Susan Russell asked me to take part in the New Works Festival and even more thrilled when I learned that Christine Evans would be participating as well." Lawton shared. "The opportunity to work with the bright and talented students at Gettysburg is such a wonderful opportunity. Of course, I'm eager to develop this play further and look forward to digging back into the script."

Theatre Arts students at Gettysburg explore the theatrical event as a complex unit - one that is founded in literary and historical roots, and then translated into performance through the work of playwrights, actors, directors, and designers. Theatre arts programs at Gettysburg also offer a variety of creative and technical experiences, from 10-Minute Play Festivals to Lunchtime Theatre, to participation in Main Stage Performances. What's more, the study of theatre arts offers excellent preparation for a variety of careers - both within and outside the discipline.

The New Play Festival is an extension of this programming and provides an opportunity for students to work with professional artists working in theatre. In addition to the readings, Evans and Lawton will lead playwriting workshops, master classes and lunch-time chats with the students. 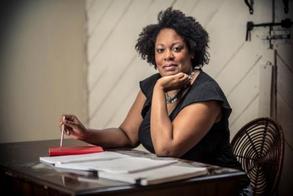 Synopsis
With a Parisian flare and a taste for elegance, Beverly Snow, owner of the popular Epicurean Eating House, dishes out a healthy dose of wit, a decent pour of ale, and such delicacies as green turtle soup, fried oysters and West Indian jellies to Washington’s high society and political elite. All was going well for this hard-working free man of color until one fateful night in the fall of 1835. A young slave enters his owner’s bedroom wielding an ax and a surging wave of violence and destruction makes its way to the Epicurean Eating House. Suddenly, Snow finds himself embroiled in racial, political and social upheaval in this mid-19th century drama.
JACQUELINE E. LAWTON was named one of 30 of the nation's leading black playwrights by Arena Stage’s American Voices New Play Institute. Her plays include: Anna K; Blood-bound and Tongue-tied; Deep Belly Beautiful;The Devil’s Sweet Water; The Hampton Years; Ira Aldridge: the African Roscius; Lions of Industry, Mothers of Invention; Love Brothers Serenade (2013 semi-finalist for the Eugene O’Neill Theater Center’s National Playwrights Conference), Mad Breed, and Our Man Beverly Snow. Ms. Lawton’s work has been developed and presented at the following venues: Active Cultures, Classical Theater of Harlem, Folger Shakespeare Library, theHegira, Howard University, Kennedy Center’s Page to Stage Festival, Rorschach Theater Company, Savannah Black Heritage Festival (Armstrong Atlantic State University), Shakespeare Theatre Company, Source Theatre Festival, Theater J, and Woolly Mammoth Theater Company. She is published in Experiments in a Jazz Aesthetic: Art, Activism, Academia, and the Austin Project (University of Texas Press). Ms. Lawton received her MFA in Playwriting from the University of Texas at Austin, where she was a James A. Michener Fellow. She participated in the Kennedy Center’s Playwrights’ Intensive (2002) and World Interplay (2003).  She is a 2012 TCG Young Leaders of Color award recipient and a National New Play Network (NNPN) Playwright Alumna. She has been recognized as a semi-finalist for the Eugene O’Neill Theater Center’s National Playwrights Conference and the Playwright's Center PlayLabs, and as a SheWrites Festival finalist.  A member of Arena Stage's Playwright's Arena and the Dramatist Guild of America, Ms. Lawton currently resides in Washington, D.C. 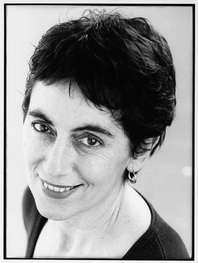 Synopsis:
An American family become trapped in their penthouse apartment, isolated from the world by wealth, fear, and an excessive attention to hygiene. A live in maid is constantly remodeled by her plastic surgeon mistress, at the cost of her memory, gender and sense of gravity. But when gravity returns, the family’s mirror-ball world explodes, leaving a surprising survivor.
CHRISTINE EVAN'S plays have been produced and awarded in Australia, the US and the UK. Selected production highlights include Trojan Barbie at the ART, the Garage Theater, Playbox Theatre (UK) and Charing Cross Theatre (UK); Weightless, Mothergun and All Souls’ Day at Perishable Theatre; Slow Falling Bird at Crowded Fire, and in Australia, My Vicious Angel at Belvoir St. Theatre, Vitalstatistix, and the Adelaide International Festival of the Arts.   Her plays are published by Samuel French (Trojan Barbie)  Smith and Kraus (Best Monologues Theater Forum and NoPassport Press. Honors include a Rockefeller Foundation Bellagio Center Award, a Fulbright Award, Perishable’s International Women’s Playwriting Competition, the Jane Chambers Playwriting Award and the 2009 and 2013 Rhode Island State Council on the Arts (RISCA) Playwriting Fellowship.  Evans is a Resident Artist at HERE (NY) and a Core Member of the Playwrights’ Center.  She holds an M.F.A. and Ph.D. from Brown and joined the Georgetown Department of Performing Arts faculty in 2012.  http://www.christine-evans-playwright.com 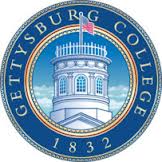 Founded in 1832, Gettysburg College is a highly selective four-year residential college of liberal arts and sciences with a strong academic tradition that includes Rhodes Scholars, a Nobel laureate and other distinguished scholars among its alumni. The college enrolls 2,600 undergraduate students and is located on a 200-acre campus adjacent to the Gettysburg National Military Park in Pennsylvania.
Powered by