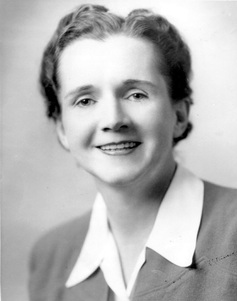 "I'm passionate about the environment, about conservation and renewal, and also about dance dramaturgy." said Playwright Jacqueline E. Lawton. "It's rare that I get to explore either of these aspects in my work, so it's been that much more wonderful to work with everyone at Dance Exchange on the Rachel Carson Project. Not only is the work beautiful, moving and powerful, but also it's urgent, smart and relevant. We have a responsibility to do as much as we can to repair the damage done to environment, so that those who live after us will be able to enjoy the splendor and wonder of the world."

MATTHEW CUMBIE is a professional dance artist and collaborator who hails from Houston, Texas, and came to dance in college. Now based in Washington, DC, he has been a company member with Keith Thompson/dancetactics performance group (2011-2012), and has performed with Mark Dendy, the Von Howard Project, Sarah Gamblin, Jordan Fuchs, jhon stronks, Paloma McGregor, and Jill Sigman/thinkdance. He began working with Dance Exchange in 2012 and joined the company full time later that year. As a company member with Dance Exchange, he works in and out of doors in collaborative art-making and creative research to further develop our understanding of our selves, our community, and the world around us. He has been on faculty at Texas Woman’s University and Queensborough Community College, and teaches at festivals and schools across the country. He holds an MFA in dance from Texas Woman’s University and is Resident Artist and the Education Coordinator for Dance Exchange.

GABRIELLA FERNANDEZ-COFFEY is an award winning DC based actress. Her credits include Detroit, Gruesome Playground Injuries and Stunning (Woolly Mammoth); The Lyons (upcoming) and How the Garcia Girls Lost Their Accents (Round House Theatre); Water By the Spoonful (upcoming) and The Motherfucker with the Hat (Studio Theatre), After the Fall (Theater J), Divorcées, Evangelists & Vegetarians, Cita a ciegas and Valor, and Agravio y Mujer (GALA Theatre) and References to Salvador Dali Make Me Hot (Rorschach Theatre), for which she received a Helen Hayes Awards nomination for Outstanding Actress. She is a graduate of NYU's Tisch School of the Arts.

ZEKE LEONARD is a furniture designer and maker living in Syracuse, New York.  When his career as a theatrical set designer in New York City began to seem wasteful, Zeke began to examine his relationship to the things he designed and to think about their ultimate fate: The landfill. This prompted a return to study, and a stripping down of his values to a philosophical core. At the Rhode Island School of Design, his thesis was a deep study of the spaces we occupy and the phenomenon of social acceleration.  After graduating with honors, he embarked on a studio practice in Fall River, Mass, where he made bespoke furniture piece by piece by hand. He was also writing, developing a design philosophy that has a firm foundation in sustainable practices and responsible design. At Syracuse Univeristy, his teaching practice brings his research in sustainability in line with his work in socially responsible design.

OUIDA MAEDEL has worked as the Partnerships and Production Manager at Dance Exchange since 2011, where her first major project was to produce Cassie Meador’s 500-mile walk and community engagement tour to a coal mine in West Virginia during How To Lose a Mountain‘s development phase. Passionate about the use of the performing arts for social change, Ouida has performed with a traveling theatre troupe in Zambia, and has worked in conflict transformation and public health in Ghana and in the U.S., activating theatre and creative movement for education and civil society engagement. As a Stage Manager in Residence at the Lee Strasberg Theatre and Film Institute, she led mentorship programs for students enrolled in production practicums. Ouida has performed in, or stage managed a multitude of productions in DC and in New York, she holds a BA from Sarah Lawrence College, an MA in International Communication and Arts Management from American University, where she was a teaching and research fellow, and she currently serves as a Helen Hayes Award Judge.

CARLI MARENECK has been teaching, choreographing, and performing modern dance since she was in high school. After studying in NYC for several years, she completed her B.F.A. at University of Utah. After moving to W.V., she directed the Dance Studio with Beth White and helped found Trillium Performing Arts Collective. Carli also teaches workshops on Learning Through the Arts for teachers, business leaders, and public school. As a teacher, she strives to instill the discipline of modern dance, mastery of healthy alignment and full range of motion, with a high value on dancers developing the ability to express themselves through movement. Through years of somatic movement study, she has developed methods to help young dancers find an anchor in their hectic lives to experience an unfolding process of centering and self-expression.

CASSIE MAEDOR is a choreographer, performer, educator and Artistic Director of the Dance Exchange. Her work is imbued with a passion for her surroundings, a belief in the human capacity for change, and a conviction that art can be a potent form of research and communication.  In recent years, Cassie’s choreographic investigations have tackled numerous social and environmental issues through the synthesis of movement, sound, and striking visual images. Drift, her 2008 work commissioned by the Kennedy Center and recognized with a Metro DC Dance Award, explores the human relationship to land over time. Her current choreographic project, How To Lose a Mountain, will incorporate a 500-mile walk from Washington, D.C. to West Virginia to trace the sources of the energy that fuel her home. Her Moving Field Guides, an interactive experience led by artists, naturalists and regional experts in ecology, is being implemented in partnership with the USDA Forest Service. Cassie has taught and created dances in communities throughout the U.S. and internationally in Japan, Canada, London, Ireland, and Guyana. Her work has also been presented at the Bealtaine Festival in Ireland, the Asian Contemporary Art Museum in Japan, Round House Theatre, New Jersey Performing Arts Center, Center for the Arts at Wesleyan, Clarice Smith Performing Arts Center, Dance Place, and the Kohler Arts Center. Born in Charleston, SC, and raised Augusta, GA, Cassie received her B.F.A. in dance from The Ohio State University. She joined the performing company of the Dance Exchange in 2002 and assumed the role of Artistic Director in 2011.

STOWE NELSON is a sound designer and engineer who specializes in new and devised work.  Recent and upcoming designs include: A Civil War Christmas (Center Stage); Buyer & Cellar (Barrow Street Theatre); Phoebe in Winter (Clubbed Thumb); How to Lose a Mountain (Dance Exchange); The Aliens (Studio Theatre); and Cafe Variations (SITI Company).  Less recently, his works have been seen/heard at Actors Theatre of Louisville, Women's Project, Studio 42, The Flea, Wellfleet Harbor Actors Theatre, Totem Pole Playhouse and the New York International Fringe Festival.  Stowe is a company member of The Mad Ones--an ensemble of artists who develop new works through a process of automatic writing and structured improvization, currently in residence at the New Ohio Theatre.  His design for The Mad Ones' Samuel & Alasdair: a Personal History of the Robot War won the 2010 NY Innovative Theatre Award for Outstanding Sound Design and was nominated for a Drama Desk Award in 2012. As an engineer and technician, he has worked in the sound departments of Actors Theatre of Louisville, Totem Pole Playhouse and New York Stage & Film.  Stowe is a proud graduate of Wake Forest University and currently lives in Brooklyn.

SHULA STRASSFELD began dancing “too late” and has been dancing ever since. After training in NY with members of the Jose Limon Company and Collete Barry and Susan Klein, Shula lived in the US, Israel and Canada. She has danced with choreographers Susan Rose, Joy Kellman, Flora Cushman, Mirali Sharon, Jan Van Dyke and Sandra Neels. Shula has an MA in Dance Education from Columbia University and has taught at Trinity College (Hartford CT), Rubin Academy of the Hebrew University, York University and at the professional schools of Canadian Ballet Theatre, Ballet Creole and the Kibbutz Dance Company. She joined Dance Exchange in 2007 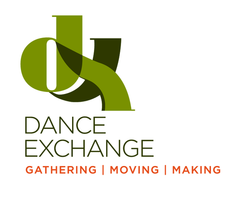 About Dance Exchange
Dance Exchange breaks boundaries between stage and audience, theater and community, movement and language, tradition and the unexplored. Founded in 1976 by Liz Lerman and now under the artistic direction of Cassie Meador, Dance Exchange stretches the range of contemporary dance through explosive dancing, personal stories, humor, and a company of performers whose ages span six decades. The work consists of concerts, interactive performances, community residencies, and professional training in community-based dance. Dance Exchange employs a collaborative approach to dance making and administration. Recent and current projects include explorations of coal mining, genetic research, human rights, particle physics, ecology, land use, and rest in a hyper-driven society. For more information, visit danceexchange.org.

Founded in 1980, Dance Place builds a community of artists, audiences, and students through high quality performances, commissions, training and educational programs. We are committed to enriching the field of dance locally, nationally and internationally. Our thriving arts campus serves as an anchor in the development of our Brookland neighborhood in Washington, DC.  A wide variety of programs have been generated throughout Dance Place’s twenty-five year history – feeding the development of a vital community center while simultaneously growing a reputation as a national and international presenter of high acclaim. Dance Place has served as a vital catalyst in parenting, partnering and supporting the growth of individuals, families, schools, organizations and business in the DC area. Also, Dance Place has played a significant role in the creation of a model program for underserved youth and in the development of the DC dance community. Dance Place has enhanced the reach of its national presence while strengthening its connections to DC and its immediate neighborhood. Dance Place has become a strong community arts center and an important thread in the city’s cultural fabric, making Washington, DC a safer and more vibrant city in which to live. For more information, visit danceplace.org.
Powered by