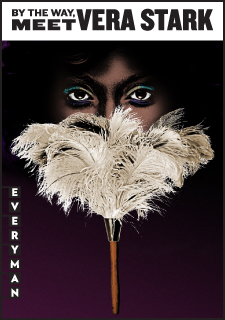 On Saturday, April 26 at 5:00 PM, Everyman Theatre will host a panel discussion on How Women's Voices Changed Our Culture in conjunction with the production of
By the Way, Meet Vera Starks by Lynn Nottage. Hosted by radio personality Marc Steiner, panelists will include: Jacqueline Lawton (Dramaturg and Playwright),
Dr. Kimberly Moffitt (Professor of American Studies), and Otis Cortez Ramsey-Zoe (Lecturer of Theatre Arts & Associate Artistic Director at Banished? Productions.

It's the height of 1930s Hollywood. Film studios are filled with glitz, glamor, and eager starlets just waiting to be discovered. Enter Vera Stark, a determined and headstrong African-American maid to a white movie star. But it turns out that Vera is an actress, too! When the stars align and both actresses are cast in the same Southern epic, the story behind the cameras leaves Vera with an unexpected and controversial legacy scholars will question for decades to come. Deliciously funny and wildly entertaining, Vera Starkuses today's obsession and fascination with tabloids and celebrity gossip to get to the truth behind this mysterious legend of Hollywood.

What is the personal cost of being a forerunner - a barrier breaker? Through her storytelling, Lynn Nottage reminds us of those who are marginalized by circumstance, yet fervently trying to assert their presence. Join our next World of the Play panel as we examine the impact of racial stereotypes within the entertainment industry and the effect on our communities and greater culture.

Click here to learn more and here to purchase tickets. 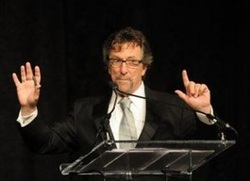 In 1993, when the General Manager of Johns Hopkins University’s radio station WJHU decided the station needed a public interest radio show, Marc Steinerasked if he could give it a shot. He was given a phone, a studio, one hour a week, and told to do the best he could. Thus was born The Marc Steiner Show. In the twenty years hence, Marc has become one of the most recognized voices in Maryland and has gained national acclaim for his insightful style of interviewing. When WJHU came up for sale in 2001, Marc led the movement to maintain community ownership, and played an integral role in the founding of WYPR. He served as Executive Vice President of WYPR from 2002 to 2006, and in that time founded his own non-profit production company, the Center for Emerging Media (CEM). In 2007 Marc and CEM won a Peabody Award, the most distinguished award in broadcast media, for the series Just Words. In May of 2008 Marc brought his show to WEAA 88.9-FM at Morgan State University, which is still his broadcast home. Creating something from nothing was not a new concept for Marc. He has always been on the cutting edge of bringing innovative programs to life. Earlier in his career he worked in therapeutic settings with at-risk youth. He founded a theater program in the Maryland State prison system, as well as the Family Circle Theater, a company of teenagers that wrote, produced, directed, and acted in original productions. Marc also served for a year as the principal of Baltimore’s Experimental High School, and he taught Theatre for ten years at the Baltimore School for the Arts

Dr. Kimberly Moffitt holds a ph.D. in Mass Communications from Howard University. She is a Professor at University of Maryland Baltimore County where she focuses her courses on popular culture, intercultural communications and media studies. 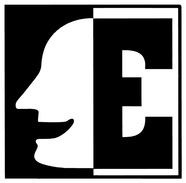 Everyman Theatre is an intimate Equity theatre with a resident company of artists from the Baltimore/Washington area, dedicated to producing quality plays that are accessible and affordable to everyone. Everyman Theatre is a professional Equity theatre company celebrating the actor, with the resident company of artists from the Baltimore/DC area. Founded in 1990 by Vincent Lancisi, the theatre is dedicated to engaging the audience through a shared experience between actor and audience seeking connection and emotional truth in performance.
Powered by