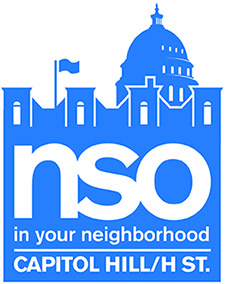 The National Symphony Orchestra will make Capitol Hill and H Street, NE, the focus of its free community engagement activities in January 2014. Between January 7 and 13, members of the NSO will break into small ensembles to perform chamber music and educational activities as requested by 20 community organizations. The events will include three orchestral concerts, one at Atlas Performing Arts Center and two at Union Station. Click here for the full schedule.

The opening concert will take place at the Atlas Performing Arts Center on January 8. Built in 1938, in the area then known as Swampoodle, this recently renovated art-deco cinema has been key to the revitalization of the Near Northeast portion of DC. Assistant Conductor Ankush Kumar Bahl will lead this performance and the two at Union Station on Saturday, January 11th. Celebrated television news anchor Andrea Roane will be narrating the programs and critically acclaimed playwright, Jacqueline E. Lawton will write the script for the presentation at Union Station.

Program to include:
“NSO In Your Neighborhood is an exciting project each year for our musicians, because they get to perform in new and different spaces around the city,” said NSO Executive Director in announcing the 2014 program. “The thriving arts communities in H Street NE and Capitol Hill provide us with a lot of possibilities, and we look forward to working with our partners to develop a full schedule of events.”

“I'm thrilled to be working with the NSO's In Your Neighborhood program, because it will have such an enormous impact on the community where I live,” said Playwright Jacqueline E. Lawton, a long-time resident of Capitol Hill. “Classical music is a significant part of my life and writing. The concert in January is a celebration of travel, a delight in adventure and a sense of wonder in discovery. It's going to be wonderful.”

The 2014 NSO in Your Neighborhood is the NSO’s third neighborhood specific intensive performance project in DC. Last year, over the course of seven days, more than 30 events took place in schools, churches, community centers,
restaurants, and bars. Key performances took place at the restored Howard Theatre, Lincoln Theatre, and Howard University’s Cramton Auditorium, recognizing the 100th anniversary of the University’s School of Music.

Among the many organizations partnering with the NSO in 2014 are Atlas Performing Arts Center, Capital City Symphony, Capitol Hill Arts Workshop (CHAW), D.C. Public Schools, D.C. Youth Orchestra Program, Hill Center at the Old Naval Hospital, Union Station, and many more. The majority of the schedule will be determined by the community itself, with the partner organizations gathering requests from their neighbors. The full schedule will be announced at a later date.

The National Symphony Orchestra aims to reach a wide audience through its classical subscription series, pops concerts, and one of the country's most extensive educational programs. Through the many activities the NSO provides, the Orchestra aims to share all the elements of classical music with the community members in a short time period. Stay connected with the National Symphony Orchestra by becoming a fan on Facebook at facebook.com/national.symphony. Find behind-the-scenes news, special ticket offers, and advance notice of upcoming concerts. Post-concert reviews, share photos and videos, and chat with other National Symphony fans. Also follow @kencen on Twitter and read the NSO blog at nationalsymphony.org.

Click here to learn more about how to request an event and here to read the full press release. 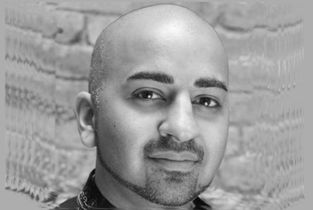 Now in his third season as Assistant Conductor of the National Symphony Orchestra, ANKUSH KUMAR BAHL has in recent years made debuts with the Royal Concertgebouw Orchestra in Amsterdam, Orchestre National de France, National Opera Orchestre de Nancy, Copenhagen Philharmonic, Little Orchestra Society (New York City), and many other ensembles in the U.S. and abroad.  He is also a proud recipient of 2011 and 2013 Solti U.S. Career Assistance Awards and the 2009 Felic Mendelssohn Bartholdy Scholarship.  His contract with the NSO was recently extended through the 2014-2015 season. Highly praised by the New York Times after his Carnegie Hall debut and the 2009 Kurt Masur Conducting Seminar, Mr. Bahl drew Kurt Masur’s attention, who allowed Mr. Bahl to work as an assistant to him at the Orchestre National de France, at the Royal Concertgebouw and the Leipzig Gewandhaus Orchestra.   Highlights of his NSO engagements include his NSO debut in 2011, leading the Season Preview Concert, include his subscription concert debut in 2012, and his Wolf Trap debut in 2013.  Bahl is also becoming a familiar figure around Washington, leading the NSO in performances at Columbia Heights Educational Campus, Lincoln Theatre, the National Institutes of Health, and more, 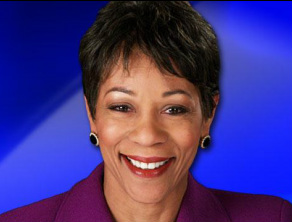 ANDREA ROANE has been with WUSA 9 since 1981, and has anchored every news shift from morning to afternoon and late night. She currently co-anchors WUSA 9 News from 4:25 AM to 7 AM with Mike Hydeck. A multi-EMMY and GRACIE Award winner, Andrea has covered a wealth of hard news stories, from politics, the arts, education and sports to women's health issues. She has interviewed newsmakers, entertainers, and politicians including Former First Ladies Laura Bush, Hillary Rodham Clinton and Rosalynn Carter; former Canadian Prime Minister Kim Campbell; Archbishop Desmond Tutu; former H-P CEO Carly Fiorina, EMMY winner Valerie Harper; multi award winning star of “The Voice” country artist Blake Shelton; and Elmo! Her reporting has taken her across the U-S, overseas to Jerusalem, the Virgin Islands, and Havana, Cuba. Andrea is best known to viewers for her passionate reporting on breast health issues and promoting the importance of Early Detection in the  fight against breast cancer. Andrea's commitment to women's health andcommunity service has been recognized with countless national and local awards. Among her many community affiliations, Andrea is a member of the Capital Beast Care Center Community Advisory Council, co-chair of the Kennedy Center’s Community & Friends Board; member of the Board of Trustees of the National Museum of Women in the Arts; a Trustee Emeritus of the Catholic University of America; a Dame of the Order of Malta; and a Sustaining Director of the Prevent Cancer Foundation. 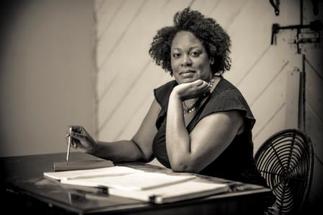