In February 2016, The Phillips Collection will reunite all 60 panels of The Migration Series (1940-41) in an exhibition co-organized with the Museum of Modern Art in association with the Schomburg Center for Research in Black Culture.

Since the time Duncan Phillips first acquired one half of the series in 1942, Lawrence’s great American epic has stood as a cornerstone of The Phillips Collection. This exhibition builds on the museum’s rich and meaningful history with the artist’s work over the course of decades in exhibitions and international educational initiatives. In conjunction with this project, the Phillips will also launch a lively interactive microsite on Lawrence and The Migration Series.

Lawrence ends the series with the words “And the migrants keep coming”—a telling commentary on the series’ enduring poignancy in the twenty-first century.  Indeed, Lawrence’s timeless tale and its universal themes of struggle and freedom continue to strike a chord not only in our American experience but also in the international experience of migration around the world.

More than seventy-five years after its creation, what meaning does Lawrence’s Migration Series hold for viewers?  How can we build on its powerful history while exploring its ongoing relevance in contemporary art and life?  What might we learn by positioning The Migration Series alongside parallel developments in music, dance, literature, film, theater, photography and print culture?  In short, how can we create a dynamic presentation through a multiplicity of perspectives and interdisciplinary contexts?

Click here to learn more about the The Migration Series by Jacob Lawrence.

ABOUT THE PHILLIPS COLLECTION
The Phillips Collection is one of the world’s most distinguished collections of Impressionist and Modern
American and European art. Stressing the continuity between art of the past and present, it offers a
strikingly original and experimental approach to Modern art by combining works of different nationalities
and periods in displays that change frequently. The setting is similarly unconventional, featuring small
rooms, a domestic scale, and a personal atmosphere. Artists represented in the collection include Pierre-
Auguste Renoir, Vincent van Gogh, Edgar Degas, Henri Matisse, Pierre Bonnard, Paul Cézanne, Pablo
Picasso, Paul Klee, Claude Monet, Honoré Daumier, Georgia O’Keeffe, Arthur Dove, Mark Rothko,
Milton Avery, Jacob Lawrence, and Richard Diebenkorn, among others. The Phillips Collection,
America’s first museum of modern art, has an active collecting program and regularly organizes
acclaimed special exhibitions, many of which travel internationally. The Intersections series features
projects by contemporary artists, responding to art and spaces in the museum. The Phillips also produces
award-winning education programs for K–12 teachers and students, as well as for adults. The museum’s
Center for the Study of Modern Art explores new ways of thinking about art and the nature of creativity,
through artist visits and lectures, and provides a forum for scholars through courses, postdoctoral
fellowships, and internships. Since 1941, the museum has hosted Sunday Concerts in its wood-paneled
Music Room. The Phillips Collection is a private, non-government museum, supported primarily by
donations. 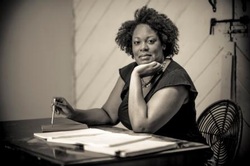 Founded in 1929 as an educational institution, The Museum of Modern Art is dedicated to being the foremost museum of modern art in the world.

Through the leadership of its Trustees and staff, The Museum of Modern Art manifests this commitment by establishing, preserving, and documenting a permanent collection of the highest order that reflects the vitality, complexity and unfolding patterns of modern and contemporary art; by presenting exhibitions and educational programs of unparalleled significance; by sustaining a library, archives, and conservation laboratory that are recognized as international centers of research; and by supporting scholarship and publications of preeminent intellectual merit.

Central to The Museum of Modern Art's mission is the encouragement of an ever-deeper understanding and enjoyment of modern and contemporary art by the diverse local, national, and international audiences that it serves. 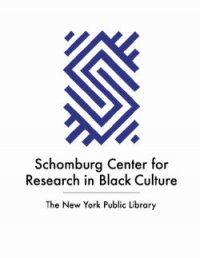 The Schomburg Center for Research in Black Culture located in Harlem, New York is a research unit of The New York Public Library system. It is recognized as one of the leading institutions focusing exclusively on African-American, African Diaspora, and African experiences. Begun with the collections of Arturo Alfonso Schomburg more than 85 years ago, the Schomburg has collected, preserved, and provided access to materials documenting black life—in America and worldwide. It has also promoted the study and interpretation of the history and culture of peoples of African descent. Today, the Schomburg continues to serve the community not just as a center and a library, but also as a space that encourages lifelong education and exploration.
Powered by