On Monday, April 28th at 7:00pm, playwright Jacqueline E. Lawton will be featured as part of The Summit, An In-Depth Exploration of D.C. Theater in Three Acts at Arena Stage, moderated by Washington Post Theater Critic Peter Marks.

Arena Stage at the Mead Center for American Theater announces a rare opportunity for D.C.-area theatergoers to hear groups of distinguished actors, directors, playwrights and artistic directors discuss their work and the myriad challenges facing their art form, in a special series of three Monday evening panels entitled The Summit. Organized and moderated by The Washington Post Theater Critic Peter Marks, the three free installments will gather some of the region’s most accomplished theater professionals to talk about everything from their passion for their craft to the problems of trying to lure new audiences to live theater.

Marks was approached last year by Arena Stage Artistic Director Molly Smith with the idea of creating a series of evenings aimed at airing issues of particular concern to the American theater and its playgoers, in a convivial forum. “Out of Peter’s own writing and through conversations with him it became clear that Washington is the perfect place to host in-depth discussions about the big issues we all face as a theater community,” Smith shared.

“Nothing is more stimulating to me than conversations with smart theater people, and this feels like a great moment to talk about where Washington stands as a theater town,” Marks added.

Joining Marks for the first edition of The Summit, Monday, February 17, will be some of the region’s leading artistic directors. Along with Smith, participants will include Michael Kahn of the Shakespeare Theatre Company, Ryan Rilette of Round House Theatre, Eric Schaeffer of Signature Theatre, Paul R. Tetreault of Ford’s Theatre and Paata Tsikurishvili of Synetic Theater.

TICKETS: Tickets for The Summit are FREE, but reservations are encouraged. Tickets may be reserved online at arenastage.org, by phone at 202-488-3300 or at the Sales Office at 1101 Sixth St., SW, D.C.

MORE INFORMATION: Click here to read the full press release and to plan your visit. 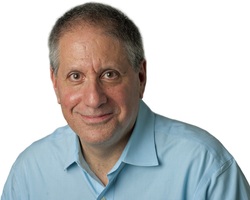 PETER MARKS is the theater critic for The Washington Post. Prior to joining The Post in 2002, he worked for a decade at The New York Times, where he served as the Off-Broadway drama critic. At The Times, he also worked as a theater reporter and covered the national news media in the 2000 presidential campaign. He previously was a reporter for the Bergen Record and Newsday, where he was on a team of reporters that shared a Pulitzer Prize for coverage of a New York subway accident. A graduate of Yale, he has also taught in the theater department and the honors program at George Washington University in Washington, D.C. Follow him on twitter @petermarksdrama. 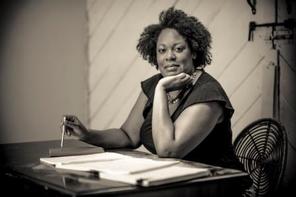 JACQUELINE E. LAWTON was named one of 30 of the nation's leading black playwrights by Arena Stage’s American Voices New Play Institute. Her plays include: Anna K; Blood-bound and Tongue-tied; Deep Belly Beautiful;The Devil’s Sweet Water; The Hampton Years; Ira Aldridge: the African Roscius; Lions of Industry, Mothers of Invention; Love Brothers Serenade (2013 semi-finalist for the Eugene O’Neill Theater Center’s National Playwrights Conference), Mad Breed, and Our Man Beverly Snow. Ms. Lawton received her MFA in Playwriting from the University of Texas at Austin, where she was a James A. Michener Fellow. She is a 2012 TCG Young Leaders of Color award recipient and a National New Play Network (NNPN) Playwright Alumna. A member of Arena Stage's Playwrights' Arena and the Dramatist Guild of America, Ms. Lawton currently resides in D.C. 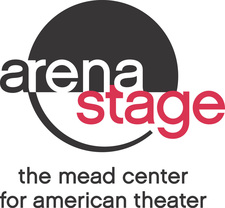 Arena Stage at the Mead Center for American Theater is a national center dedicated to the production, presentation, development and study of American theater. Under the leadership of Artistic Director Molly Smith and Executive Producer Edgar Dobie, Arena Stage is the largest company in the country dedicated to American plays and playwrights. Arena Stage produces huge plays of all that is passionate, exuberant, profound, deep and dangerous in the American spirit, and presents diverse and ground-breaking work from some of the best artists around the country. Arena Stage is committed to commissioning and developing new plays through the American Voices New Play Institute. Now in its seventh decade, Arena Stage serves a diverse annual audience of more than 300,000. arenastage.org
Powered by